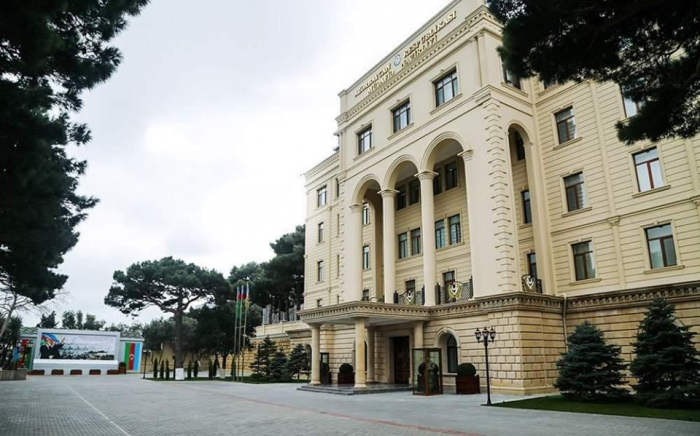 No one doubts that the Armenian Defense Ministry is openly lying, denying and refuting facts, Azerbaijan's Ministry of Defense told AzVision.az.

"The Armenia Defense Ministry, claiming that, allegedly, an officer "strayed and disappeared" during an inspection of a combat stronghold because of unfavorable weather conditions, tries to deny the fact that the commander of a reconnaissance group, Senior Lieutenant Gurgen Alaverdyan, was captured," said the ministry.

“If it weren’t for the military uniform on the captured officer, the Armenian Defense Ministry would have said he was a shepherd or a mentally ill person. If an officer "disappears" and the public is not informed about it for more than 24 hours, this is a sign of arbitrariness, irresponsibility and indiscipline in the Armenian army, which proves the deliberate concealment of the growing number of crimes and non-combat losses from the public,” said the ministry.

Every time a citizen of Armenia, leading or included in a sabotage group, is captured, Armenia, according to the same scenario, declares these persons as lost and missing or as insane rural residents, mentally ill shepherds, criminals and drunks, said the ministry.

The entire responsibility for the aggravation of the situation on the line of contact of troops and on the Armenian-Azerbaijani state border rests entirely with the military-political leadership of Armenia, the ministry said.

At about 05:45 (GMT+4) on August 23, the sabotage and reconnaissance group of the Armenian armed forces made an attempt to commit a provocation in the direction of Azerbaijan’s Goranboy district. As a result of the decisive actions of the units of the Azerbaijani Armed Forces stationed in this direction, was forced to retreat, incurring losses.

During the battle, the commander of the Armenian sabotage group Senior Lieutenant Gurgen Alaverdyan was captured.