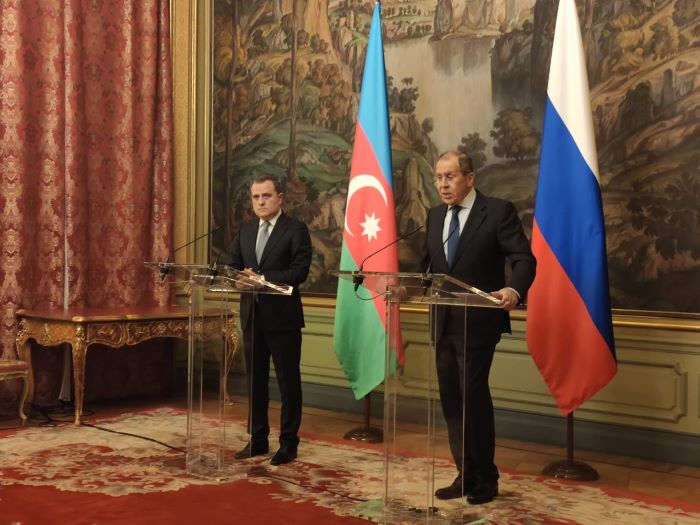 Co-chairs of OSCE Minsk Group are against changing the format of negotiations on the settlement of Armenia-Azerbaijan Nagorno-Karabakh conflict, Russian Foreign Minister Sergey Lavrov said at a press conference following the meeting with his Azerbaijani counterpart Jeyhun Bayramov in Moscow.

"Resolutions of the UN Security Council and other decisions of the international community must be followed. Those documents call to end the war with peaceful settlement of the conflict. Several documents, which reflect various approaches but consider the settlement of the conflict based on the principles of the UN Charter and Helsinki Final Act have been prepared together with Armenia and Azerbaijan with the co-chairmanship of the OSCE Minsk Group," Sergey Lavrov stated.