Telegram changes emoji of Belarus flag in support of protesters 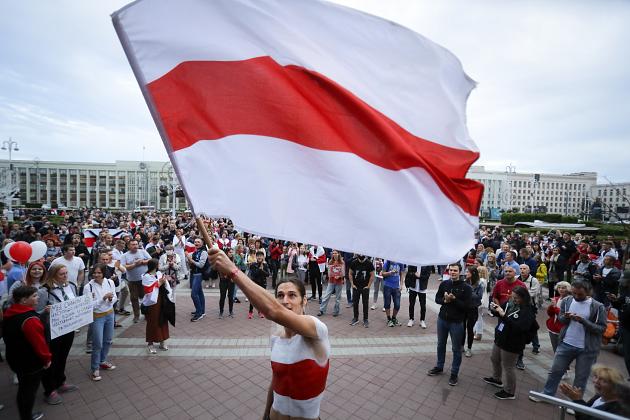 The instant messaging app Telegram has been at the centre of the protest movement in Belarus. The platform has now become the first to change the country's flag emoji.

Protests against the rule of authoritarian leader Alexander Lukashenko have been underway since the country's disputed election on August 9.

The official result handed Lukashenko a sixth term in power but was rejected by opposition candidates and the European Union.

The protest movement also rejected the country's official flag, initially adopted in the Soviet-era and reinstated by Lukashenko in the 1990s. Telegram's decision to mirror this change is seen as highly significant by many in the movement.

The white-red-wite flag has become a symbol of defiance.

Its roots stretch back to the immediate aftermath of World War I, but it was not until the early 1990s that this design was briefly adopted as the country's official flag.

President Lukashenko reversed this change upon his rise to power.

"Historically there was no clash between these flags," journalist Franak Viačorka told Euronews.

"Because of the dictatorship of Alexander Lukashenko, the red-green flag is now strongly connected to repression, torture and police violence.

"So many people don't want to take this flag to protests, because it looks very negative. So people changed to white-red-white.

"Telegram messaging app made this change in solidarity with Belarusians. And I think most Belarusians received this message positively," he explained.