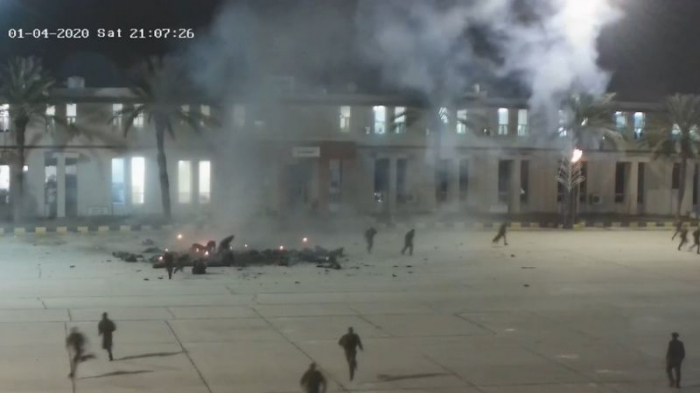 The BBC has uncovered new evidence that a drone operated by the United Arab Emirates killed 26 unarmed cadets at a military academy in Libya's capital Tripoli in January 2020.

At the time of the strike on 4 January, Tripoli was under siege by the self-styled Libyan National Army (LNA).

It has denied responsibility for the attack and suggested the cadets had been killed by local shelling.

But evidence indicates the cadets were hit by a Chinese Blue Arrow 7 missile.

This was fired by a drone called the Wing Loong II and the investigation by BBC Africa Eye and BBC Arabic Documentaries also found evidence that, at the time of the strike, Wing Loong II drones were only operating from one Libyan air base - Al Khadim - and that the UAE supplied and operated the drones that were stationed there.

The UAE has previously denied military involvement in Libya and says it supports the UN peace process. It did not respond to the BBC's request for comment.

What happened to these cadets?

Just after 21:00 on 4 January 2020, around 50 cadets were doing routine drills at a military academy in the south of Tripoli.

Without warning, an explosion detonated in the centre of the group, leaving 26 cadets dead or dying on the parade ground. Many were still teenagers. None of them were armed.

One of those who survived was 20 year-old Abdul Moeen.

He was inside the academy when the strike hit. "It was indescribable," he told the BBC.

"We were witnessing our colleagues dying, breathing their last breath, and we couldn't do anything... There were guys whose torsos were separated from their bodies. It was an awful crime, a crime that has nothing to do with humanity."

Seven months after the strike, no-one has admitted responsibility for killing these young men.

The LNA, under Gen Khalifa Haftar, denied that it was behind the strike and told the press that the explosion might have been caused by a locally fired mortar shell or an attack from inside the academy.

What did the BBC find?

The investigation found evidence that a much more sophisticated weapon was used.

By looking at images of the shrapnel that was left on the parade ground after the strike, the BBC concluded that it matched the components of a missile called the Blue Arrow 7. 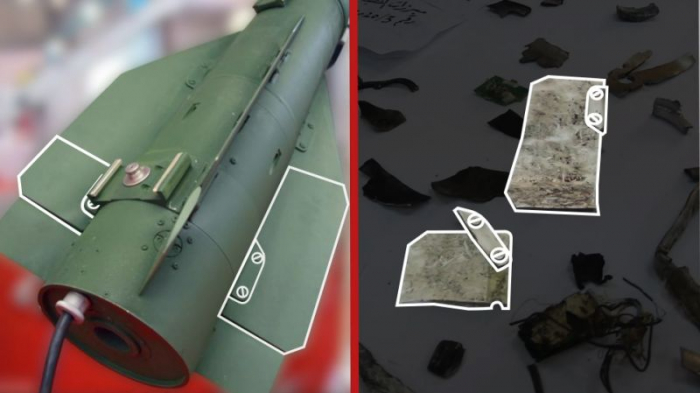 Our analysis found only one aircraft, operating over Tripoli in January 2020, that was capable of firing this weapon - a drone called the Wing Loong 2.

Just three weeks before this strike, the UN also concluded that the Blue Arrow 7 "is ballistically paired to be delivered by the Wing Loong II... and by no other aviation asset identified in Libya to date".

The BBC also looked into where this drone might have come from, and found evidence that, at the time of the attack, Wing Loong drones were only operating from one Libyan air base: al-Khadim, in LNA-controlled eastern Libya.

Both the BBC and the UN have found evidence that drones operating from this air base belong to the United Arab Emirates.

In 2019, the UN found that, by sending Wing Loong drones and Blue Arrow 7 missiles into Libya, the UAE had violated the UN arms embargo on the country, which has been in force since 2011.

The BBC also found an arms registry showing that, in 2017, the UAE bought 15 Wing Loong drones and 350 Blue Arrow 7 missiles.