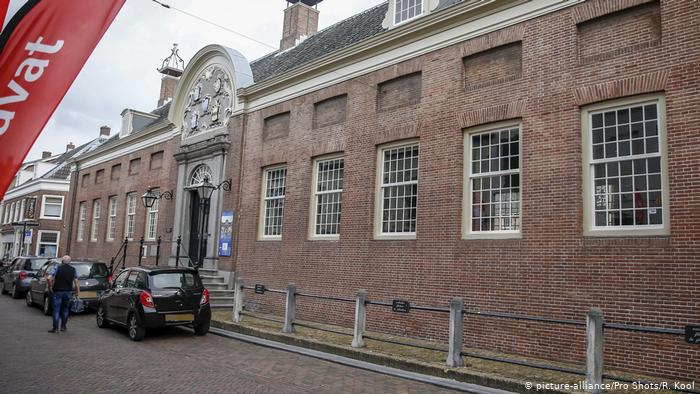 For the third time in under 35 years, thieves broke into a small Dutch art museum and made off with a painting by Dutch Golden Age master Frans Hals, police said on Thursday.

The artwork, titled "Two Laughing Boys," dates from 1626 and depicts two jovial youths with a large mug of beer.

The painting was stolen from the Hofje van Mevrouw van Aerden museum in the town of Leerdam in the early hours of Wednesday morning.

"Around 3:30 a.m. the alarm went off, and agents went straight to the museum," police said in a statement.

Officers were unable to locate the suspects, but noted that they'd likely broken into the small museum using the back door.

"After the museum's manager could grant access to the area and building, it emerged that the back door had been forced open and one painting had been stolen," the statement read.

"Two Laughing Boys" has already been stolen from the museum before — most recently in 2011 and in 1988.

The first time, it took police three years to recover the centuries-old work. In 2011 police were able to track it down after six months when the burglars tried to sell it.

"They probably concluded it's worth a lot of money, and it's relatively easy to steal."

It's the second painting to be stolen from a Dutch museum that was closed due to COVID-19 measures.

In March, thieves stole a Vincent van Gogh painting  called "Parsonage Garden at Nuenen in Spring" from a museum located east of Amsterdam. The theft occurred on what would have been van Gogh's 167th birthday.

Frans Hals was a contemporary of fellow Dutch masters Rembrandt van Rijn and Vermeer in the 17th century. He was born in the 1580s in Antwerp and moved as a child to the city of Haarlem. He's best known for his painting "The Laughing Cavalier" and several life-size group portraits.