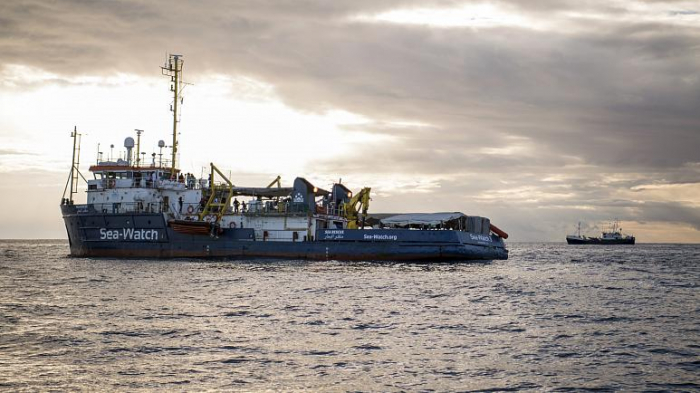 A rescue ship with more than 200 migrants aboard is struggling to find a port that will allow it to dock. The vessel of German NGO Sea-Watch has so far been denied access to Malta.

"This charade has to end!" Sea-Watch said, claiming that the migrants are in bad health.

A teenage boy with "extensive fuel burns" was rescued by Italy's Coast Guard on Wednesday and transferred to a hospital, but the others are still waiting to dock.

The migrants were saved during several operations launched in the Mediterranean earlier this week.

Eighty-nine of them were first rescued by the Louise Michel, a pink vessel painted and sponsored by street-artist Banksy, before being transferred aboard the Sea-Watch 4 later.

It is unclear whether Malta's neighbour Italy will accept the migrants.

Last week, the governor of Sicily closed all migrant centres on the island after the hotspots got too crowded to maintain social distancing and some of them tested positive for COVID-19.

The decision caused a rift with the central government but a local court blocked an initial attempt to repeal it.