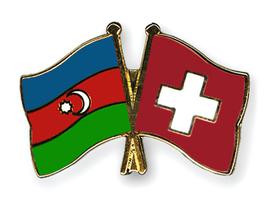 President of the Swiss Confederation Ueli Maurer has met Azerbaijan`s ambassador Akram Zeynalli to discuss current state of and prospects for cooperation between the two countries in political, economic and humanitarian spheres.
President Maurer recalled his meeting with Azerbaijani counterpart Ilham Aliyev in January this year in Davos on the sidelines of the World Economic Forum, AzerTAc reports.

The Swiss President praised political dialogue between the two countries. He called Azerbaijan a friend and partner, saying that official Bern was interested in further development of bilateral ties.

President of the Council of States of the Swiss Confederation, Filippo Lombardi was present at the meeting.