Amount of damage caused to Azerbaijan from Armenian occupation revealed 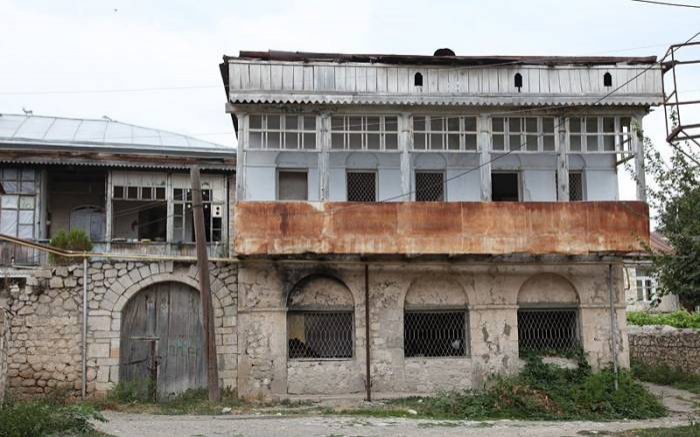 The damage caused to Azerbaijan as a result of the Armenian occupation along with destroying invaluable monuments of history and culture is estimated at more than $23 trillion, AzVision.az reports citing Trend.

Armenia has not only occupied 20 percent of the territory of Azerbaijan, but also destroyed national cultural monuments in these territories.

As a result of Armenian vandalism, the Azykh and Taghlar caves, being the first human settlements, were destroyed, while areas of ancient Garakopaktapa and Uzarliktapa settlements are currently used for military purposes.

Cemeteries, tombs, mosques, monuments of ancient Caucasian Albania in the territories of Shusha district in Nagorno-Karabakh region, and surrounding Lachin, Kalbajar, Zangilan and Fuzuli districts, as well as national and cultural values ​​testifying to the existence of Azerbaijanis in these lands, were vandalized.

Azerbaijani MP Zhale Aliyeva noted that one example can be given: all the literary pieces created in Azerbaijani poet Ashig Shamshir’s homeland (Kelbajar district), written by Miskin Abdal, Ashig Gurban and Ashig Shamshir, were burned by Armenians. The monuments to Khan Shushinsky, Uzeyir Hajibayli and Khurshudbanu Natavan were desecrated.

It should be noted that the actions of Armenians in the occupied territories, including deliberate destruction of the local historical and cultural monuments contradict the 1954 Hague Convention for the Protection of Cultural Property in the event of Armed Conflict, the 1992 European and the 1972 UNESCO Conventions.

In total, 13 world, 292 national and 330 local monuments of history and culture are located in the occupied territories, 22 museums with more than 40,000 exhibits, 927 libraries with 4.6 million books, 808 clubs, 4 theaters and 2 concert halls, 8 parks of culture and recreation, 4 art galleries, 85 music schools. All these important facilities are still being destroyed by Armenian occupiers.