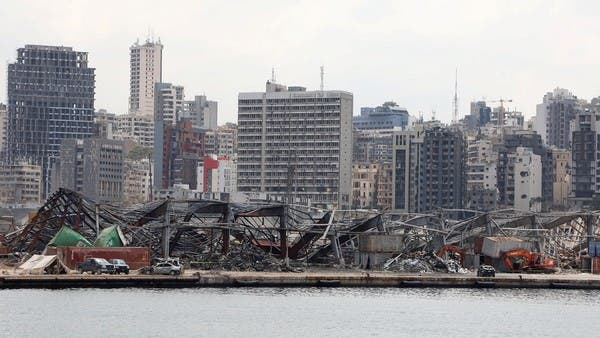 Several tonnes of highly explosive material found at Beirut’s port, just weeks after the same chemical was blamed for causing a massive detonation there, had been in storage for 15 years, the Lebanese president said on Friday, Reuters report.

The army said on Sept. 2 it had discovered a stockpile close to the port of 4.35 tonnes of ammonium nitrate, the highly explosive chemical blamed for the huge Aug. 4 blast that killed about 190 people and ruined a swathe of Beirut.

The Aug. 4 blast was caused by a far larger quantity of the chemical, about 2,750 tonnes, which officials said had been stored for about six years at the port in unsafe conditions.

Critics said the lack of proper care and attention in storing such highly explosive material revealed the depth of dysfunction in the way Lebanon has been governed. The country is grappling with an economic crisis under a mountain of debt.

After meeting senior army officers overseeing work at the devastated port, President Michel Aoun said in a statement the 4.35 tonnes of ammonium nitrate found near a port entrance had been stored since 2005. He said it had been safely destroyed.

He also said the army inspected 143 containers at the port that he said were found to hold other flammable material.

On Thursday, warehouses at the port, some still holding stored goods despite blast damage, erupted into a huge fire. A source said the blaze was caused by welding during repairs, as stray sparks set light to flammable contents.

Thursday’s blaze, barely a month after the huge explosion, sent a cloud of acrid smoke over the capital and generated panic in the city, still traumatized by the blast that smashed buildings in the area and shattered windows all over Beirut.

As well as killing about 190, the Aug. 4 explosion injured 6,000. The president’s statement said nine people were still listed as missing since the blast.