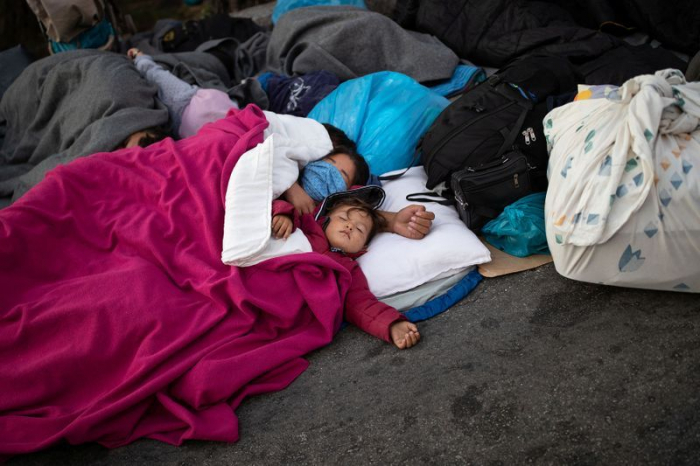 Germany is considering taking in thousands of refugees from the destroyed Moria camp on the Greek island of Lesbos as a one-off gesture and hopes the camp can be rebuilt and run by the European Union, Bild newspaper reported on Monday.

Berlin has been facing growing calls from regional and local politicians who have said they would take in people from the camp, which burned down last week, if the federal government allowed them to.

Officials, led by federal Interior Minister Horst Seehofer, have been reluctant to move unilaterally, saying a European agreement is needed to disperse the camp's more than 12,000 former residents across the European Union.

Citing government and EU sources, Bild said conservative Chancellor Angela Merkel was now leaning towards taking in more refugees, ahead of a meeting with her Social Democrat coalition partners due to take place on Monday.

The newspaper said the government was likely to agree to take in at least hundreds of children from the camp along with their parents, with thousands also a possibility.

Earlier, Social Democrat Finance Minister Olaf Scholz, told a news conference Germany had to be ready to play a role in taking in refugees, though this could only be a stepping stone to finding a Europe-wide way of housing refugees arriving at Europe's borders.

"It can't stand as it is now, where each time we decide on a case-by-case basis," he said.

Bild said Merkel hoped the coalition partners could agree by Wednesday on how many refugees Germany will take.