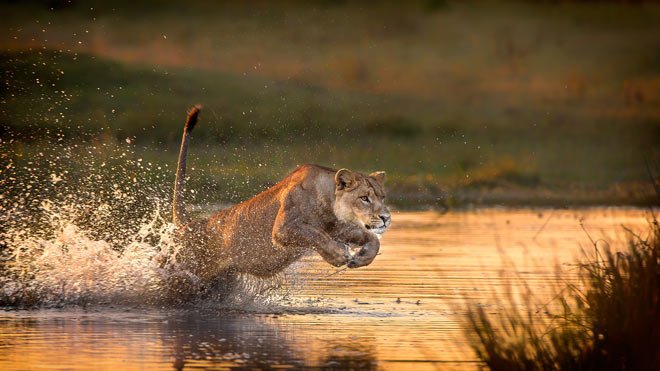 Researchers at the University of East Anglia (UEA), in the UK, Federal University of Paraíba (UFPB), Brazil, and University of Agostinho Neto (UAN), Angola, found that the main impacts of civil wars on native mammals are often indirect, ultimately arising from institutional and socio-economic changes, rather than from direct military tactics.

Published today in the journal Nature Scientific Reports, the study suggests that civil wars in low-governance countries can have both positive and negative impacts on native wildlife populations depending on space and time scales, but the overall trend is negative.

The authors warn that even during post-war peace times, wild mammal populations will fail to recover as long as rural people living in war-torn countries remain armed and wildlife management regulations cannot be enforced. They call for robust international policies that can prevent the consequences of warfare, warning that restoring depleted wildlife populations may take many decades and require active intervention efforts.

Civil wars often coincide with global biodiversity hotspots, however little is known about how they affect wildlife. This study drew local ecological knowledge to assess for the first time the main consequences of a prolonged civil war in Southwest Africa on forest and savannah mammals, using Angola as a case study. The country is home to at least 275 species of mammals, many of them historically hunted by the local communities before, during and after the intermittent 27-year Angolan civil war (1975-2002).

In Angola's main protected area, Quiçama National Park and Quiçama Game Reserve, the abundance of 20 out of 26 wild mammal species studied were 77 per cent lower after the war compared to the pre-war baseline, particularly for large-bodied species such as elephants in open-savannah environments. Significantly, this decline was not reversed by the end of the post-war period (2002-2017).

Franciany Braga-Pereira, a Zoology PhD candidate at UFPB, led the study. Ms Braga-Pereira said: "Currently, 36 countries worldwide are experiencing civil wars and most of these conflicts are either fuelled or funded by international interests or began after an external intervention.

"These internationalized conflicts are more prolonged and less likely to find a political resolution. Therefore, considering measures that can reduce the impact of warfare on wildlife, we emphasize the intentional or inadvertent complicity of foreign powers, which should promote policies that mitigate the detrimental environmental impacts of armed conflicts."

Co-author Prof Carlos Peres, from UEA's School of Environmental Sciences, said: "Low-governance developing countries are struggling as it is, even during peacetimes, to protect their wildlife resources, never mind the colossal adverse consequences of a breakdown in law-and-order brought about by civil war. Yet there are no adequate international mechanisms to deploy peace forces to maintain the status quo of vulnerable wildlife populations in troubled parts of the world."

The research involved interviews with expert local hunters, which revealed that large-bodied mammals, such as red buffalo, kudu and red sable, were preferred targets that had been overhunted during the war. As their populations became increasingly depleted, the size structure of prey species gradually shifted towards smaller-bodied species, for example, bushpig, bushbuck kewel and blue duilker, during the post-war period. However, once the depletion in forest was lower than in the savannah, hunters operating in forest areas were occasionally able to kill larger species in the post-war period.

In their model of how civil wars impact wildlife, the authors explain that civil war could be a double-edged sword, resulting also in declines in extractive industries such as oil, mining and agribusiness, which can benefit wildlife, and demilitarized and landmine zones, which severely discourage human settlements and game hunters, thereby creating potential game refuges as passive 'no-take' areas.

Read the original article on sciencedaily.com.