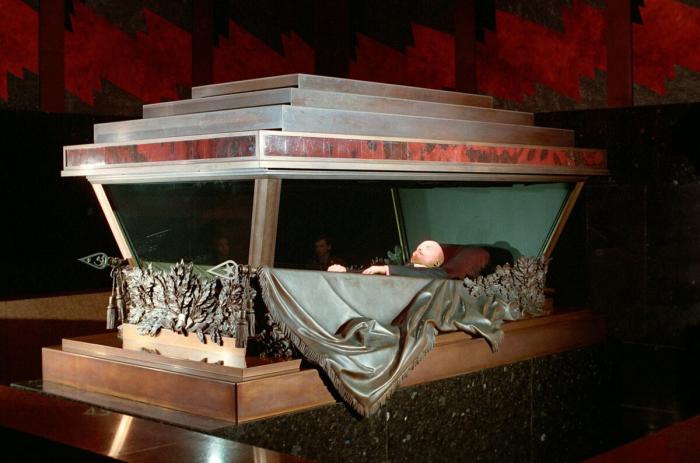 US artist David Datuna wants to build a copy of USSR founder Vladimir Lenin's resting place in Washington and buy the communist leader's mummified body, which is currently preserved in a landmark mausoleum on the Red Square, the artist's press service said on Wednesday.

"The artist explains the meaning of the art object by significant changes in the United States, which are expressed in the movement of society towards socialist and communist transformations. The US people are tired of the policy of aggressive capitalism, under which they are forced to pay off loans all their lives and do not have free access to medicine. Lenin and his mausoleum are the most striking symbols of changes, the demand for which in 2020 is especially high in the United States, and is being more and more discussed ahead of the presidential election," the press service explained.

The artist intends to buy Lenin's body for an initial payment of $1 million but is ready to raise more than $1 billion for this purpose.

"Russia has long been an empire with its emperor. The US, meanwhile, is moving towards communism and socialist ideas. Today, the attributes of the mausoleum and Lenin are more needed by the United States than Russia. It is not difficult to build a second mausoleum, but Lenin cannot be replaced, so I propose to buy it and am ready to raise any money for this," the press service added, citing the artist.

Datuna, who was born in Georgia but now lives and works in New York, has had exhibits in Europe, Russia, China and the United States. In 2011, his portrait of Russian President Vladimir Putin, made out of miniature images of the Mona Lisa, was sold to a Russian businessman for nearly $300,000.