Belgium interested in development of bilateral relations with Azerbaijan 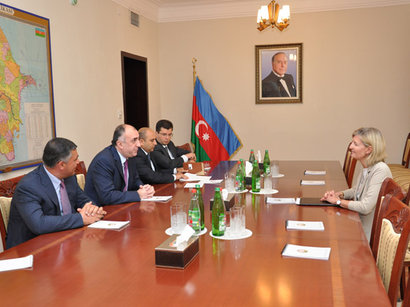 The Ambassador ,after handing copies of credentials to Azerbaijani Foreign Minister, noted that she will make all efforts to develop relations between the two countries during her diplomatic activity.