Trump: Oracle deal for video app 'has my blessing' 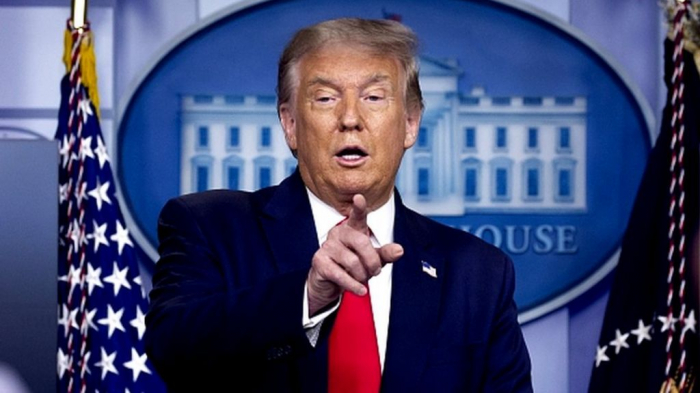 US President Donald Trump has expressed his approval of a deal that would allow Chinese-owned video-sharing app TikTok to continue operating in the US, AzVision.az reports citing BBC News.

Mr Trump told reporters he had given his "blessing" to a partnership between TikTok and US firms Oracle and Walmart.

The president had ordered the app to be banned in the US, citing national security concerns.

US security officials fear data collected by TikTok's owner may be handed to the Chinese government.

TikTok's owner, ByteDance, has denied accusations that it is controlled by or shares data with China's ruling Communist Party.

However, the TikTok deal does not affect a ban on the Chinese-owned messaging and payments app WeChat, which will no longer be available in US app stores from Sunday night.

Tencent, the conglomerate that owns WeChat, has described the US ban as "unfortunate".

On Saturday, Mr Trump said the deal would ensure the data of the estimated 100 million Americans who use the app was safe, telling reporters: "The security will be 100%."

"I have given the deal my blessing," Mr Trump said as he left the White House ahead of an election rally in North Carolina. "I approve the deal in concept."

TikTok and ByteDance both welcomed President Trump's approval of a proposed deal, which would still need to be signed off by the Chinese government.

TikTok said the deal would ensure US national security requirements were fully satisfied, while ByteDance said it was working to reach an agreement that was "in line with US and Chinese law" as soon as possible.

Vanessa Pappas, TikTok interim chief executive, said in a video posted on Saturday that the app was "here to stay" in the US.