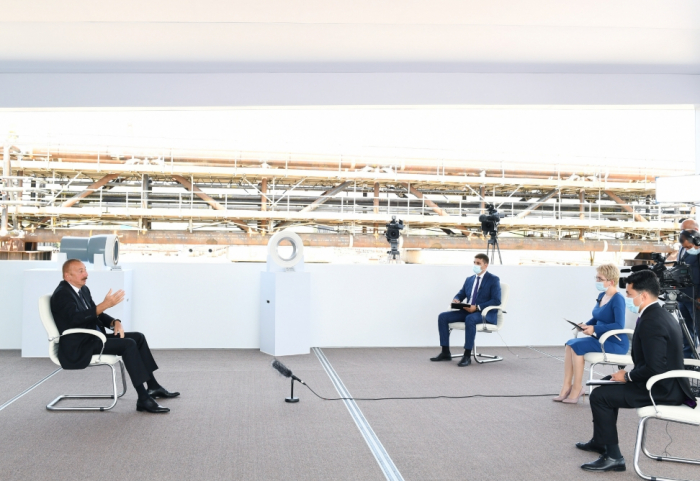 “We are one of the countries that have always attached great importance to Islamic solidarity in our foreign policy. You can see this in my speeches on foreign policy. One of our main priorities is relations with Muslim countries. Because we are part of the Muslim world. The countries that support us the most at the UN are also Muslim countries. The Organization of Islamic Cooperation has always taken the right position on the Armenia-Azerbaijan Nagorno-Karabakh conflict. Many resolutions have been adopted, including one related to the Tovuz provocation.”

“Armenia is not an ordinary country. Armenia is a country where Islamophobia is a state policy. They raise their children in the spirit of hatred for the Muslims. They want to instill this ideology in their children.”