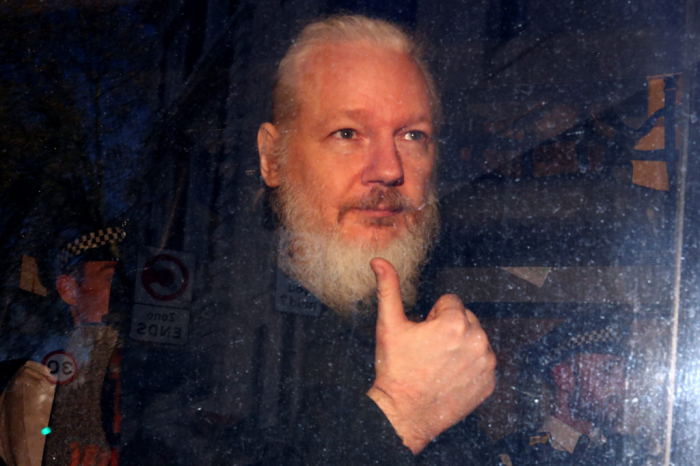 WikiLeaks founder Julian Assange complained of hearing imaginary voices and music while detained in a high-security British prison, a psychiatrist who has interviewed him told his extradition hearing on Tuesday, AzVision.az reports citing AFP.

Michael Kopelman, a psychiatrist who has interviewed Assange around 20 times, said the former hacker would be a "very high" suicide risk if he were extradited to the United States for leaking military secrets.

He cited as evidence Assange's "severe depression" and "psychotic symptoms", which included auditory hallucinations while in solitary confinement in his cell at the high-security Belmarsh Prison in southwest London.

Kopelman told the Old Bailey court in central London that Assange said he hallucinated music and voices saying "you are dust, you are dead, we are coming to get you".

Assange's suicidal impulses "arise out of clinical factors... but it is the imminence of extradition that will trigger the attempt," he added, warning "he will deteriorate substantially" if extradited.

Assange's partner Stella Moris has previously said she feared he would take his own life, leaving their two young sons without a father.

James Lewis, representing the US government, quizzed Kopelman over the veracity of some of Assange's claims, suggesting he may have made them up.

Assange faces 18 charges under the US Espionage Act relating to the 2010 release by WikiLeaks of 500,000 secret files detailing aspects of US military campaigns in Afghanistan and Iraq.

Washington claims he helped intelligence analyst Chelsea Manning to steal the documents before exposing confidential sources around the world.

If convicted, Assange -- who has been held at Belmarsh for the last 16 months -- could be jailed for up to 175 years.

US authorities recently laid out new evidence, alleging that Assange and others at the whistleblowing site recruited hackers.

The extradition hearing is the latest in a series of legal battles faced by Assange since the leaks a decade ago.

In 2010, he faced allegations of sexual assault and rape in Sweden, which he denied.

He was in Britain at the time but dodged an attempt to extradite him to Sweden by claiming political asylum in Ecuador's embassy in London.

For seven years he lived in a small apartment in the embassy, but after a change of government in Ecuador, Quito lost patience with its guest and turned him over to British police in April 2019.