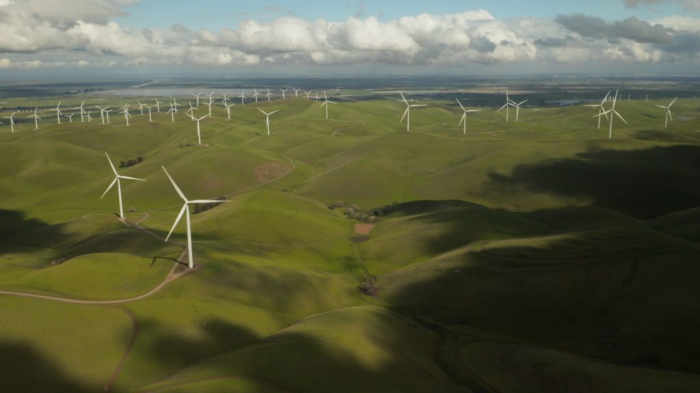 In pursuing its grand environmental ambitions, the European Commission has ignored a commonsense solution in favor of an approach based on central planning and pervasive state intervention in the economy. The further the Commission goes on this path, the more reason there will be to question its motives.

In her first annual “state of the union” address this month, European Commission President Ursula von der Leyen confirmed that the European Union, with its Green Deal, has committed itself to a new and pervasive form of government intervention in the economy. Apparently, the bureaucrats in Brussels think that they – and only they – know which technological pathways are best for building a sustainable future.

As such, they have devised wide-ranging plans to direct the economy accordingly. The enforcement mechanisms will include tighter regulations on carbon dioxide emissions from cars (thereby dealing a death blow to the traditional automobile industry); targeted grants; and a taxonomy for the “greenness” of private investment projects that, together with complementary actions by the European Central Bank, will effectively differentiate the interest rates at which companies in Europe can borrow in the capital market.

In adopting this approach, EU politicians are purporting to know things about the costs of avoiding CO2 emissions that they in fact do not know. But because they will be spending other people’s money rather than their own, they have no incentive to seek out potentially less expensive methods of avoiding or reducing emissions. A naive faith in the wisdom and honesty of central planners – a fatal attraction we thought we had overcome in 1989 – is rearing its ugly head in Europe once again.

By contrast, almost all economists believe that it would be far better to establish a comprehensive emissions trading system for all sectors, in order to bring about a uniform CO2 price. The EU already oversees a formalized trading platform for emission certificates within the energy sector, and it would be a straightforward process to expand this system to encompass all others. In fact, complemented by a border-adjustment regime, it need only tax the fossil fuels (based on their carbon content) that are imported into or produced on EU territory.

The CO2 price emerging from a comprehensive emissions trading system would prompt all companies to look for the greenest options for investing in emission reductions. Green innovations would sprout up everywhere, and Brussels bureaucrats would marvel at the environmental benefits conferred by new technologies that they themselves had never considered feasible.

For example, hydrogen fuel cells might prevail over battery-powered electric vehicles (EVs). Green electricity from Extremadura might triumph over green electricity from the North Sea. The possibility of nuclear fusion would remain on the table. And, who knows, there might emerge entirely new types of housing, workspaces, and means of transportation.2

Any predefined CO2 emissions target would be achieved with minimal impositions on Europeans’ standards of living. And given the sacrifices in material living standards that Europeans are willing to bear for the sake of the environment, the resulting emissions reductions would be maximal.

A comprehensive emissions trading system is simply the only option that would be compatible with the basic principles of the market economy. With the market unbiased and open to all entrants, European start-ups and young engineers would find new and improved methods of reducing emissions on their own; there would be no need for input from central planners.

Of course, because this solution would eliminate the need for all dirigiste interventions, it would likely result in many of the Green Deal bureaucrats losing their jobs – or at least their newfound administrative power. The lobbyists for particular types of green industries, as well as the nuclear and electricity sectors, would no longer have anyone whom they could directly pressure to shape regulations in their favor.

Moreover, the impending demolition of the automobile industry could probably be avoided, sparing millions of jobs across the EU. According to the European Commission’s latest regulatory proposals, by 2030, all passenger vehicles must effectively use no more than 1.8 liters of diesel equivalent per 100 kilometers (62.1 miles) traveled. This represents a substantial increase of the 2030 emissions-reduction goal (relative to the already ambitious goal for 2021) from 37.5% to 50%.

Hans-Werner Sinn, Professor of Economics at the University of Munich, was President of the Ifo Institute for Economic Research and serves on the German economy ministry’s Advisory Council. He is the author, most recently, of The Euro Trap: On Bursting Bubbles, Budgets, and Beliefs.