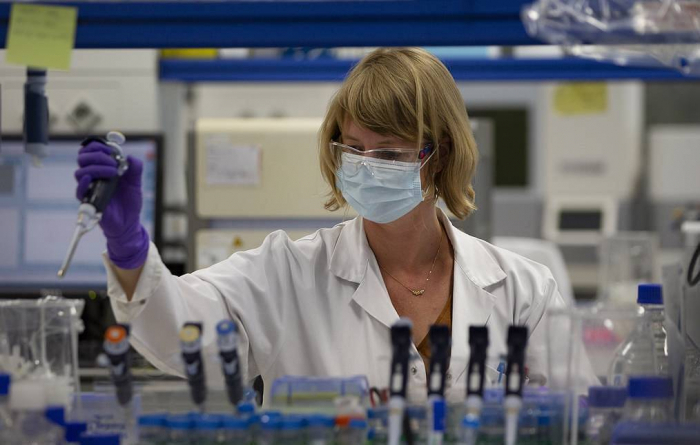 Hospitalized COVID-19 patients who were vitamin D sufficient, with a blood level of 25-hydroxyvitamin D of at least 30 ng/mL (a measure of vitamin D status), had a significant decreased risk for adverse clinical outcomes including becoming unconscious, hypoxia (body starved for oxygen) and death. In addition, they had lower blood levels of an inflammatory marker (C-reactive protein) and higher blood levels of lymphocytes (a type of immune cell to help fight infection).

This study provides direct evidence that vitamin D sufficiency can reduce the complications, including the cytokine storm (release of too many proteins into the blood too quickly) and ultimately death from COVID-19," explained corresponding author Michael F. Holick, Ph.D., MD, professor of medicine, physiology and biophysics and molecular medicine at Boston University School of Medicine.

A blood sample to measure vitamin D status (measured serum level of 25-hydroxyvitamin D) was taken from 235 patients were admitted to the hospital with COVID-19. These patients were followed for clinical outcomes including clinical severity of the infection, becoming unconscious, having difficulty in breathing resulting in hypoxia and death. The blood was also analyze for an inflammatory marker (C-reactive protein) and for numbers of lymphocytes. The researchers then compared all of these parameters in patients who were vitamin D deficient to those who were vitamin D sufficient.

Holick, who most recently published a study which found that a sufficient amount of vitamin D can reduce the risk of catching coronavirus by 54 percent, believes that being vitamin D sufficient helps to fight consequences from being infected not only with the corona virus but also other viruses causing upper respiratory tract illnesses including influenza. "There is great concern that the combination of an influenza infection and a coronal viral infection could substantially increase hospitalizations and death due to complications from these viral infections."

According to Holick this study provides a simple and cost-effective strategy to improve one's ability to fight the corona virus and reduce COVID-19's adverse clinical outcomes, including requiring ventilator support, overactive immune response leading to cytokine storm and death. "Because vitamin D deficiency and insufficiency is so widespread in children and adults in the United States and worldwide, especially in the winter months, it is prudent for everyone to take a vitamin D supplement to reduce risk of being infected and having complications from COVID-19."

These findings appear online in the journal PLOS ONE.