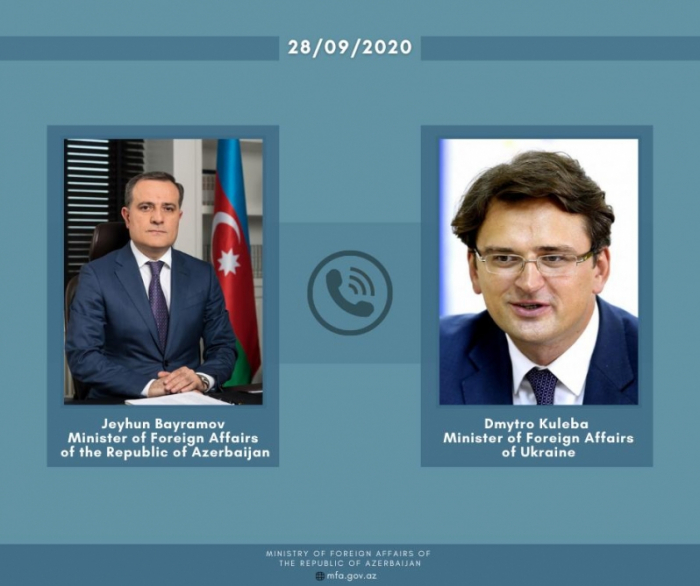 Azerbaijan`s Foreign Minister Jeyhun Bayramov has had a telephone conversation with his Ukrainian counterpart Dmytro Kuleba, during which he highlighted Armenia`s latest military provocation against his country, AzVision.az reports citing Azerbaijan's Ministry of Foreign Affairs.

Ukrainian FM Dmytro Kuleba expressed his concern over the increased tensions in the region.