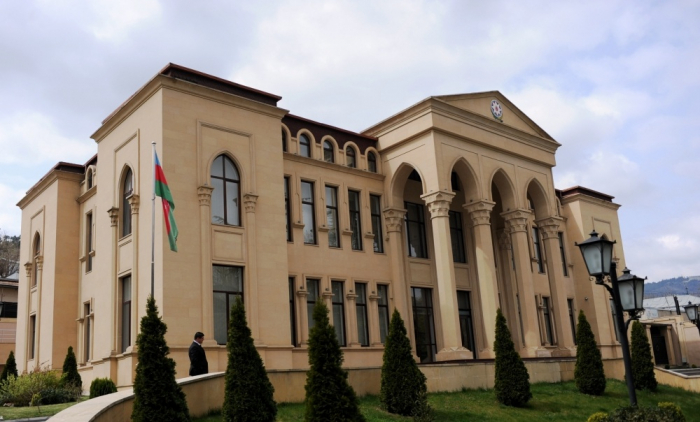 The Azerbaijani Embassy in Georgia has disseminated information about the ongoing hostilities between Armenia and Azerbaijan in the occupied Azerbaijani territories, AzVision.az reports citing the Georgian media.

Eldar Bayramov, the counselor of the Azerbaijani embassy, ​​told the journalists about the situation.

According to the diplomat, on September 27, the Armenian armed forces, grossly violating the ceasefire, launched an attack on Azerbaijani villages: “The opening of fire by the Armenian armed forces in the direction of densely populated civil zones and facilities along the front line was deliberate and purposeful. There were reports of civilian and military deaths and injuries. Serious damage was done to many houses and civilian infrastructure. ”

He stressed that among the dead civilian Elbrus Gurbanov and four members of his family, including two minors.

Bayramov said that during the attack of the Armenian Armed Forces on the settlements of Azerbaijan, which continued on September 28, there were also killed and wounded, civil infrastructure was destroyed.

"The actions of Armenia are a gross violation of international humanitarian law, including the Geneva Convention of 1949. Azerbaijan has repeatedly warned the international community that Armenia is preparing for a new act of aggression and war. Azerbaijan has repeatedly stated that the ongoing military aggression of Armenia and the presence of its armed forces on the territory of Azerbaijan remain a serious threat to peace and security in the region, ”Bayramov said.

He noted that the Azerbaijani Armed Forces are taking retaliatory measures to suppress the next military aggression of Armenia and ensure the safety of the civilian population.

"Azerbaijan realizes its right to defend and repel aggression in accordance with the UN Charter and international law," Bayramov said.

The diplomat stressed that the military-political leadership of Armenia bears full responsibility for the current situation and the future development of events.