Iran does not allow transfer of weapons via its land, says Iran's Khatibzadeh 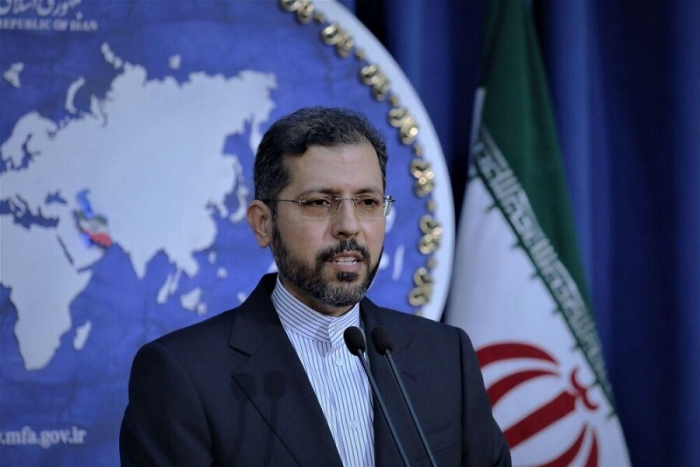 Foreign Ministry Spokesman Saeed Khatibzadeh said the Islamic Republic Iran, closely monitors the transit of goods via its borders and it never allows weapons and ammunition to be transferred through the Iranian soil, AzVision.az reports citing the Iranian media.

In his remarks rejecting some baseless claims about transit of weapons and military equipment from Iran to Armenia, Khatibzadeh told reporters on Tuesday that commuting of trucks and transit of conventional non-military goods between the Islamic Republic of Iran and its neighboring countries is going on as before.

He underlined that all the trucks are carrying non-military goods as they have always done so.

The Islamic Republic does not allow the Iranian territory to be used as a gateway for the transfer of weapons and ammunition to other countries, he reiterated.