Promotion work being carried out in accordance with operations - VIDEO 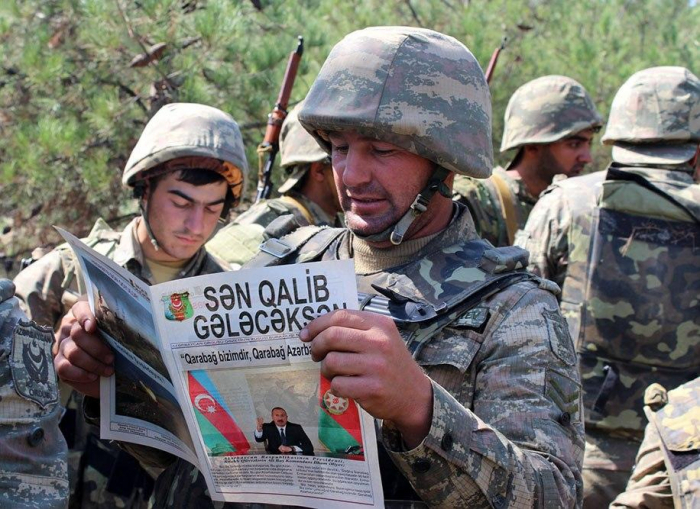 The Defense Ministry of Azerbaijan organized and carried out systematically the promotion of the achievements of our army, the bravery of our warriors among the public, the recognition of the brave servicemen in the battles for the liberation of the occupied territories of Azerbaijan, the press service of the MOD said.

The employees of the Defense Ministry's Military Publishing House, the Azerbaijani Army's Documentary and Educational Film Center and the Azerbaijan Army newspaper have recently been sent to the battle zone. 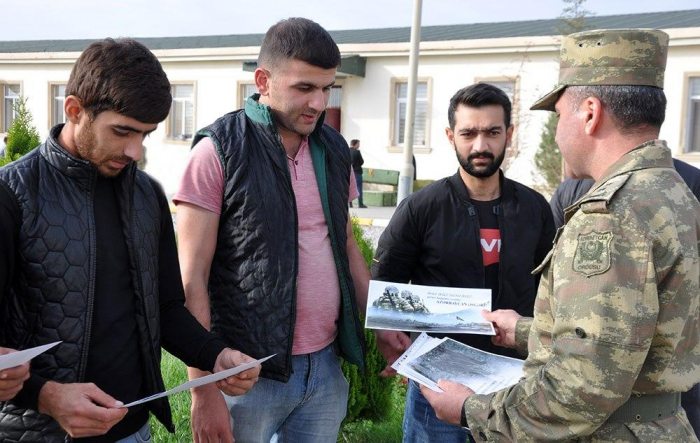 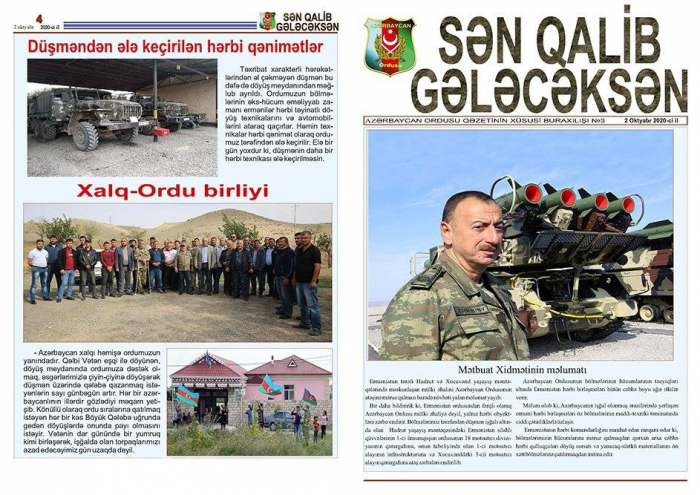 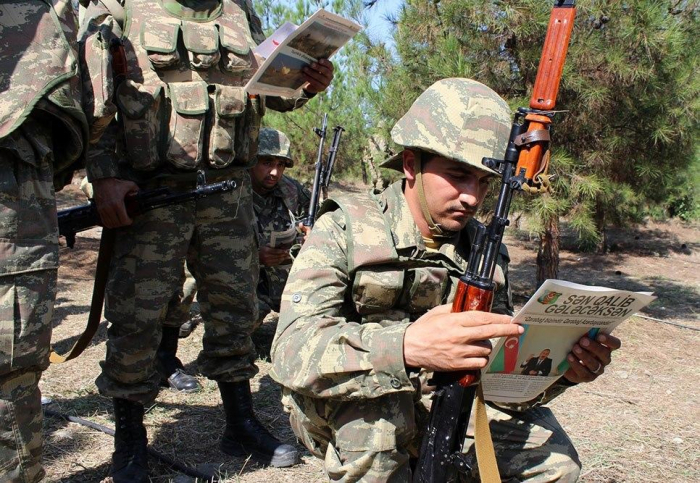 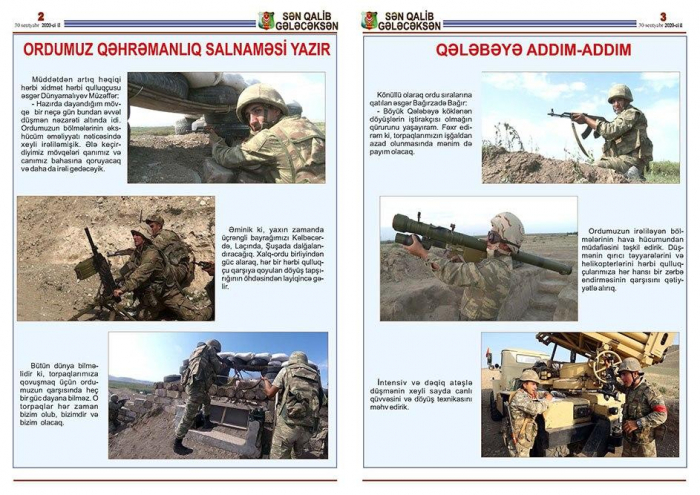 "You will win!", "Victory Battle" and "For the Great Victory" campaign leaflets, special editions of "Azerbaijan Ordusu" newspaper, booklets are being prepared and distributed among the personnel on the frontline and residents of the settlements located in the frontline zone. 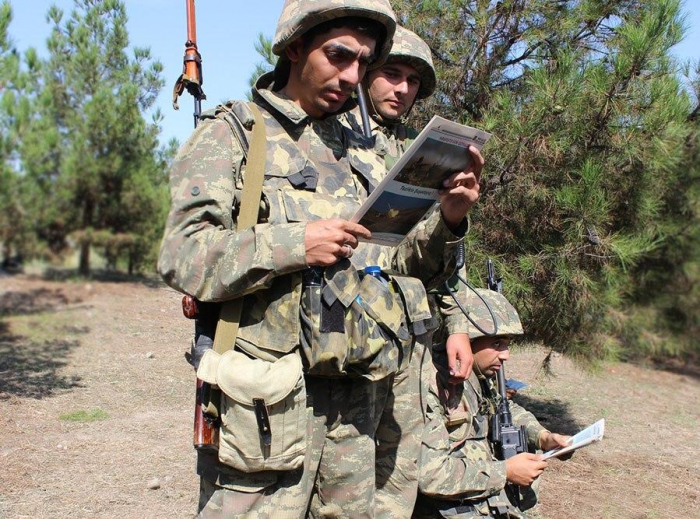 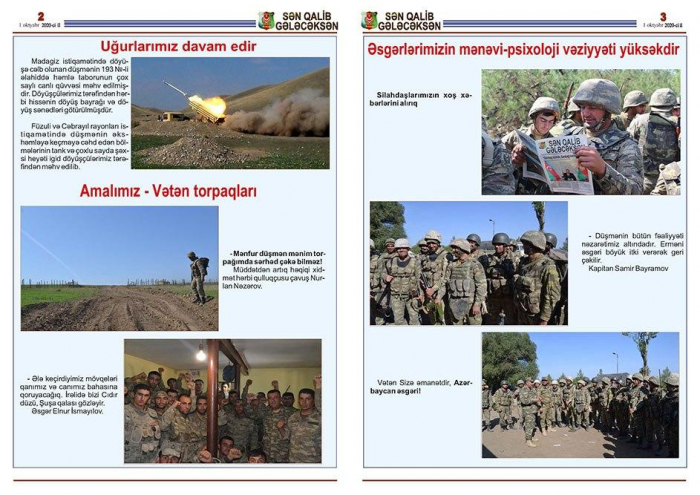 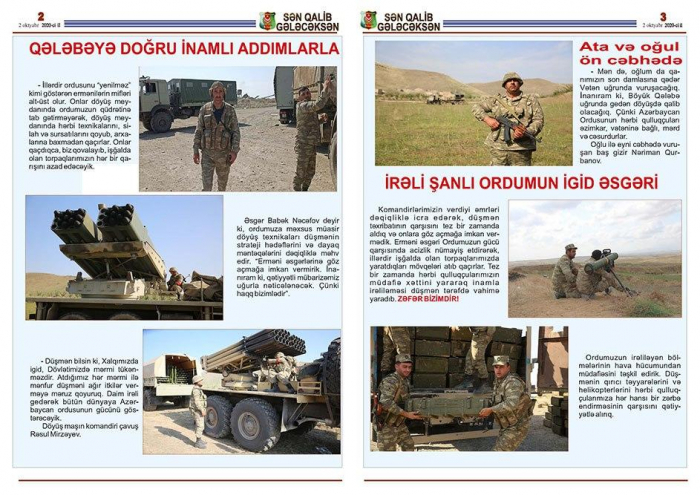 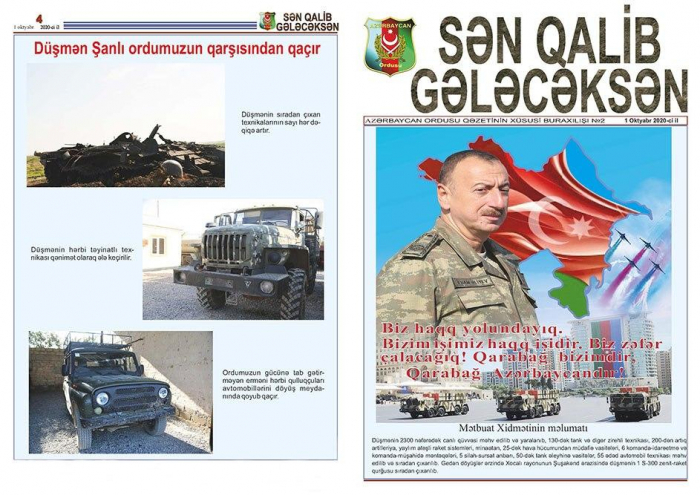 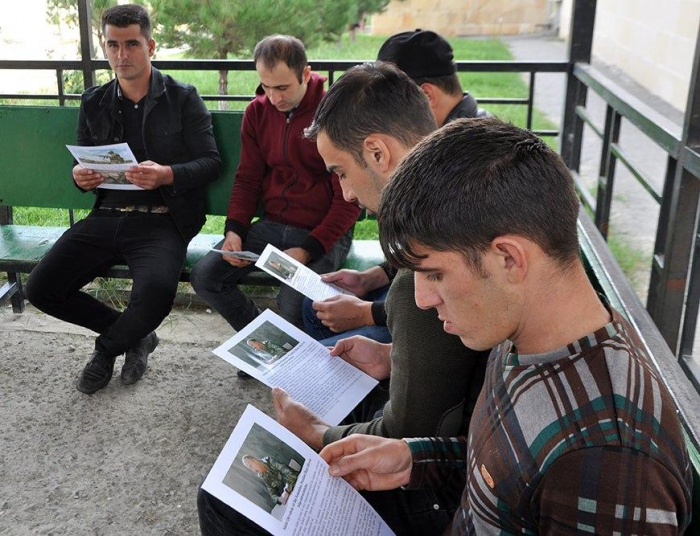