Russian political scientist on shelling of Ganja: “This is revenge. The Armenian side is losing nerves ”- EXCLUSIVE 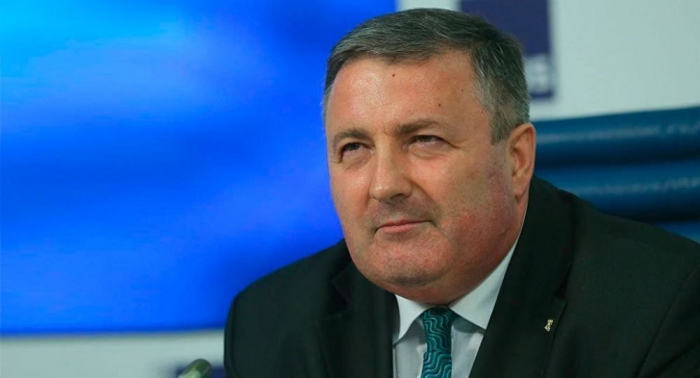 “The shelling of the city of Ganja is revenge, it shows that the Armenian side is losing nerves. And it is really like that,” associate professor of the Department of Political Science and Sociology of PRUE named after G.V. Plekhanov, member of the Expert Council “Officers of Russia” Alexander Perendzhiev told Vzglyad.az commenting on the intensive shelling of the second largest city of Azerbaijan’s Ganja by Armenian armed forces.

In his words, this is not an attempt by the Armenian side to drag the CSTO into the conflict.

“The decision to intervene by the CSTO is made at the political level, and not at the level of the defense ministers of member states. When a threat arises to the sovereign territory of one of the CSTO members, the leaders of the countries gather and discuss the issue of possible intervention. As for the Nagorno-Karabakh conflict, in this case, the CSTO member states will not stand up for Armenia.

Russia, Belarus, Kazakhstan, Kyrgyzstan, Tajikistan will not send their troops to Azerbaijan since hostilities are in the occupied territories of Azerbaijan. If, for example, Azerbaijan attacks the sovereign territory of Armenia, then the CSTO will take over Yerevan. But not in this case, ”the Russian political scientist noted.

A. Perendzhiev said that the conflict itself cannot be resolved by the entry of Russia and the CSTO on the side of Armenia, on the contrary, it could aggravate, where not only Turkey and the countries supporting Azerbaijan will be involved.

“The hostilities can be stopped only in one way. First of all, it is necessary to clearly raise the issue of the immediate withdrawal of Armenian troops from 7 regions of Azerbaijan and allow only the civil administration there - the Azerbaijani police. Russia, on the other hand, should be assigned the role of a peacemaker, preventing clashes between both sides of the conflict. After the withdrawal of Armenian troops from these regions, it is necessary to start negotiations on Karabakh itself, ” Perendzhiev said.