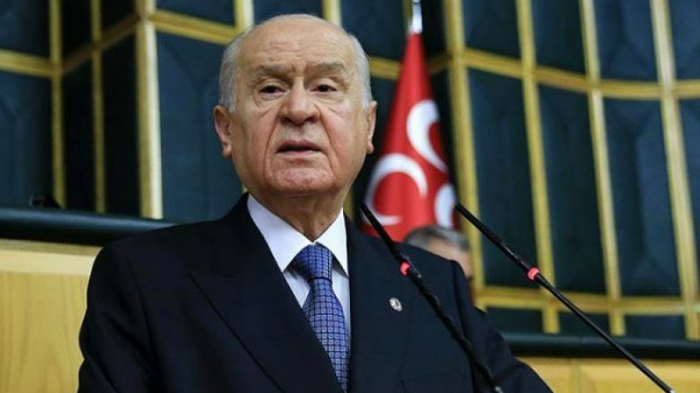 A Turkish politician said the statements calling for dialogue and a ceasefire in the Armenia-Azerbaijan conflict zone is a trap, AzVision.az reports.

Devlet Bahceli, chairman of the one of the leading political forces in Turkey – Nationalist Movement Party, accused of the authors of such statements of attempting to deceive Azerbaijan and achieve the recognition of the occupation.

“Victory on the battlefield will guarantee a political settlement. The Armenian armed forces will either leave the Azerbaijani territories or be destroyed,” he said.

The politician stressed that the only way for peace in the South Caucasus is the unconditional withdrawal of Armenian troops from the occupied lands of Azerbaijan.

“The flag of Azerbaijan must waive over Nagorno-Karabakh. There is no other way out and solution,” Bahceli said, retreating Turkey’s strong support for Azerbaijan.

The Turkish political also called for the elimination of territorial barriers between the Nakhcivan Autonomous Republic and the rest of Azerbaijan.

“Otherwise, Armenia will continue to threaten autonomy. Territorial unification with the rest of Azerbaijan will strengthen Nakhchivan,” Bahceli concluded.