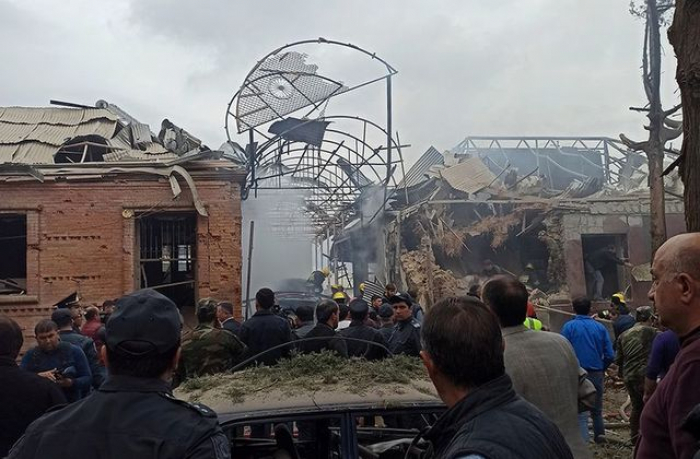 Azerbaijan’s non-governmental organizations have sent an appeal to UN Secretary-General Antonio Guterres and leaders of OSCE Minsk Group co-chair countries regarding the deliberate attacks of Armenia on the civilian and industrial objects of Azerbaijan, AzVision.az reports.

"To the United Nations:

To the Presidents of the OSCE Minsk Group co-chairing countries:

President of the United States of America

President of the Russian Federation

It is with deep concern and resentment, we the NGOs of Azerbaijan, appeal to you with regard to the latest military aggression of Armenia against Azerbaijan which was launched on 27 September 2020. As of 6 October 2020, 27 civilians of Azerbaijan are killed, 141 injured, more than 500 residential buildings and civilian objects are destroyed by Armenia.

It is our intention to also draw your attention to the regrettable fact that Armenia is blatantly attempting extend the scale and geography of the conflict by launching attacks on the densely populated civilian territories of Azerbaijan, including Ganja, Mingachevir, Barda, Beylagan, Khizi, Absheron and other cities and villages in direct violation of the norms and principles of international humanitarian law, particularly the 1949 Geneva Conventions.

On October 4, the military forces of Armenia, using the cluster bombs banned by the relevant international conventions, bombarded Ganja, the second largest city of Azerbaijan with population of more than 500 thousand people situated 60 kilometers away from the conflict zone.

On that very day the aggressor Armenia also launched a missile attack of Armenia against the Mingachevir city, one of the major industrial centers of Azerbaijan. Targeting of the Mingachevir Hydro Power Station, hydroelectric power station in the South Caucasus, by Armenia could lead to its destruction causing the humanitarian catastrophe the people of Azerbaijan and the neighboring countries, which is an obvious crime against humanity.

Considering the above-mentioned facts, we, on behalf of the NGOs of Azerbaijan, appeal to you calling the United Nations to undertake practical and result-oriented steps demanding Armenia to stop committing provocative military operations and war crimes against the people of Azerbaijan, eliminate the attacks of Armenia on the industrial objects and enforce the occupant Armenia to completely and unconditionally withdraw its military forces from the occupied territories of the Republic of Azerbaijan in full compliance with the Resolutions 822, 853, 874 and 884 of the United Nations Security Council.

Signed by the 45 NGOs of Azerbaijan: