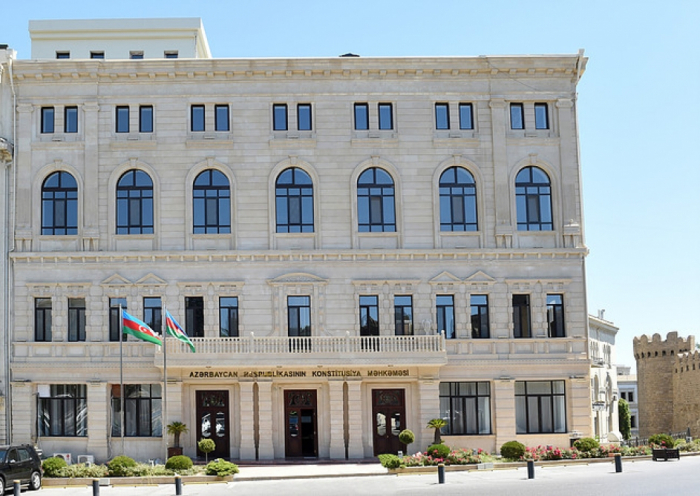 The appeal emphasizes that Armenia's military provocations against Azerbaijan have recently become regular in nature. It notes that as a result of these provocations, heavy artillery shelling of Azerbaijani cities far from the Nagorno-Karabakh region caused casualties among both servicemen and the civilian population. These actions represent a continuation of the policy of the aggressive Armenian government launched in 1988, aimed at the occupation of Azerbaijani territory and accompanied by ethnic cleansing of the Azerbaijanis.

The appeal also says that the occupation of the Nagorno-Karabakh region and seven surrounding districts of Azerbaijan by the Armenian army resulted in a complete destruction of many towns and villages, as well as the ethnic cleansing of the local population. It was noted that as a result of the Armenian aggression, about a million Azerbaijanis were forcibly deported from their homes. As a result of the horrific crime committed in Khojaly not only against the Azerbaijani people but also against humanity, 613 peaceful Azerbaijanis were brutally killed because of their nationality. Of them, 63 were children, 106 were women and 70 were elderly people. In addition, 1,275 people were taken hostage, the fate of 150 of them, including 68 women and 26 children, is unknown.

It was brought to the attention of the Constitutional Courts that the decisions and resolutions adopted by the UN, the Council of Europe, the OSCE, the European Union and other international organizations explicitly confirm that Nagorno-Karabakh is an integral part of Azerbaijan. In 1993, the UN Security Council adopted four resolutions (882, 853, 874, 884) demanding an immediate withdrawal of Armenian troops from the occupied territories of Azerbaijan. However, the said decisions and resolutions have not yet been implemented by Armenia.

Also, in a decision of the European Court of Human Rights in the case of Chiragov and others against Armenia dated 16 June 2015, the Strasbourg Court noted that the process in Nagorno-Karabakh was carried out under the control of Armenia.

The appeal also says that since 27 September, Armenian armed forces have been firing on military positions and settlements using various weaponry, including heavy artillery. Given the Armenian government's complete refusal to engage in constructive talks within the OSCE Minsk Group, the Azerbaijani government had to launch a military operation against the Armenian armed forces based on international law in order to restore the country's territorial integrity within internationally recognized state borders and ensure the security, peace and stability of its citizens.

It notes further that the military operations of the Azerbaijani Armed Forces are not aimed at civilians or civilian infrastructure. The operations are carried out in accordance with the principles of international humanitarian law and the obligations arising from the Geneva Convention.

In conclusion, the appeal expresses confidence that the legitimate and compulsory actions of the Azerbaijani government will result in the restoration of the country’s jurisdiction in the occupied territories, the return of refugees to their homes and the establishment of international law.