Azerbaijan’s strength is not only on battlefield, it’s in international law 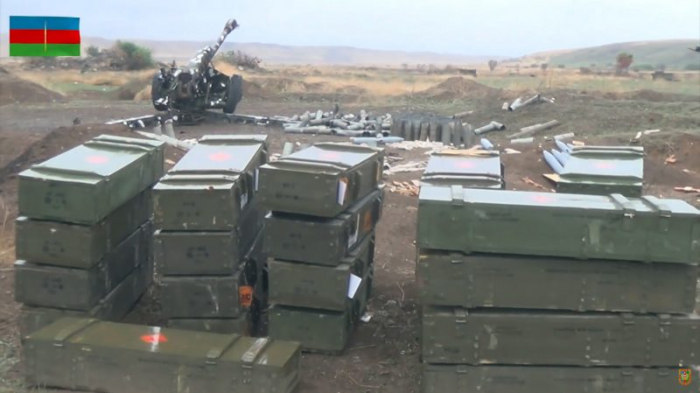 At a time when Armenian military forces have been dealt a significant blow and lack manpower and military equipment to resist Azerbaijan’s counter-offensive operation, Azerbaijan demands the restoration of its internationally recognized territorial integrity, writes Vasif Huseynov.

26 years after the Russia-brokered ceasefire agreement that ended the First Karabakh War in May 1994, on 27 September the territorial conflict between Armenia and Azerbaijan escalated again into an almost full-scale war.

The new escalation came on the heels of the failure of the negotiations mediated by the Minsk Group of the Organization for Security and Cooperation in Europe (OSCE) since the mid-1990s.

There were a number of reasons which prevented the sides from reaching an agreement over this long period of time, but the bone of contention was regarding the nature of the conflict.

The failure of the negotiations was coupled with growing frustration in Azerbaijan and emboldened nationalism on the Armenian side. Although the Prime Minister Nikol Pashinyan of Armenia came to power in 2018 with an agenda promising peaceful resolution of the conflict, soon he resorted to dangerous populism making territorial claims not only to Azerbaijan but even to Turkey, its western neighbour.

For example, in celebrations of the 100th anniversary of the “Treaty of Sevres” in August 2020, the Armenian Prime Minister called on his nation not to forget the treaty declaring that “Although the Treaty of Sevres was never implemented, it continues to be a historical fact, which reflects our long journey to restore our independent statehood. We are bound by duty to remember it, realize its importance and follow its message.”

However, this treaty, obviously, never came into force and was soon replaced by another treaty – the Treaty of Lausanne – by which the international borders of Turkey were officially recognized.

Pashinyan’s policies were found dangerous even by some prominent Armenians, and they called him to refrain from reckless statements warning against “being obsessed with dreams”.

For instance, a few weeks ago before the recent escalation, Jirair Libaridian, who served as a senior adviser to the former President of Armenia, Levon Ter-Petrosyan, stated the following:

“I don’t know if our leaders did so knowingly, but the statements by the President and Prime Minister of Armenia [concerning the Treaty of Sevres] were equivalent to a declaration of at least diplomatic war against Turkey… This was possibly the last step that will, in the eyes of our opponents and the international community, define the Karabakh problem as a question of territorial expansion”.

Unfortunately, the Armenian government continued to ignore the threats posed by their populist policies and provoking statements. Against the backdrop of this process, the peace negotiations between Armenia and Azerbaijan ended up eventually with a deadlock.

On 2 October, in his interview with Al Jazeera, President Ilham Aliyev of Azerbaijan lamented that Pashinyan’s government derailed negotiations by provoking Azerbaijan and insulting the feelings of its people.

According to the situation on the frontline as of 6 October, Armenian military forces have been dealt a significant blow and already lack manpower and military equipment to resist against Azerbaijan’s counter-offensive operation. Having faced dramatic losses on the frontline, the Armenian prime minister rushed to make phone calls to a series of world leaders seeking help, but obviously without much success.

The war is accompanied by intense confrontation in the information space from the very beginning of the clashes. As in the case of previous clashes in April 2016 and July 2020, disinformation and fake news stories are widely disseminated to deviate the attention of the domestic public and international observers.

Curiously, some fake news stories originating in the region have been also propagated by otherwise reputable media agencies.

For example, from the first day of the war, it has been claimed that Turkey has brought mercenaries from Syria and Libya to Azerbaijan in order to fight against Armenia. This catching claim caused such a strong reverberation that even Reuters and Guardian published stories about this.

However, the problem was that this “information” was propagated without giving a single proof or at best by citing unspecified people or their relatives. Even President Emmanuel Macron who is the president of Minsk Group Co-Chairing state France that is legally required to be neutral in the Armenia – Azerbaijan conflict echoed this without providing evidence.

It is in fact no coincidence, as similar stories about the cooperation between Azerbaijan and terrorist groups in the Middle East have been each time propagated when the conflict escalated. In the April war of 2016, Azerbaijan was accused of transferring ISIS terrorists to the frontline, which was quickly debunked.

Having established the first secular republic in the Muslim world in 1918, Azerbaijanis were often recognised as one of the most irreligious nations in the world. Dr Farid Shafiyev, the Chairman of the Baku-based Center of Analysis of International Relations, has aptly described this peculiarity of his country.

“In fact, Azerbaijan, even with its democracy deficit, is a country with strong secular traditions that has prosecuted Islamic radicals to the full extent of the law, imprisoned ISIS fighters, supported US operations in Afghanistan and Iraq, and assisted Western intelligence agencies in eradicating terrorism. Frankly, today’s Azerbaijan is a Muslim country as much as the Netherlands is a Christian one”, he writes.

Aliyev has emphasized that Azerbaijan is fighting in its own territories and, therefore, it has full right to end the occupation. Aliyev has also sent a positive message to the Armenians living in the Nagorno-Karabakh. “We invite them to live with us in Azerbaijan as representatives of many other nationalities and ethnic minorities”, Aliyev said.

Considering the massive humanitarian loss due to the military hostilities, Azerbaijan hopes that Armenia will soon recognize the demands of the UN Security Council resolutions of 1993, withdraw its armed forces from the occupied territories of Azerbaijan, and peace will be re-established in the region soon.

Vasif Huseynov is a senior adviser at the Center of Analysis of International Relations of Azerbaijan.

Read the original article on Euroactiv.