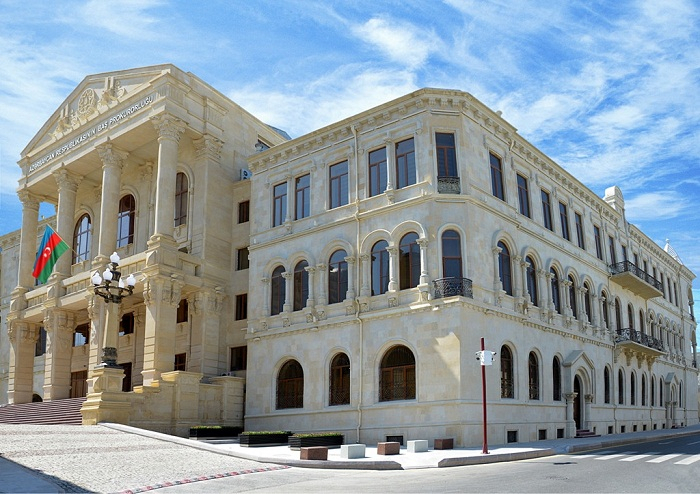 Armenia’s military-political leadership, ignoring the norms and principles of international law, continues its terrorist actions against the civilian population of Azerbaijan.

Since this morning, the armed forces of aggressor Armenia, using heavy artillery and rockets, have been firing rocket and artillery fire on the settlements of Azerbaijan, including in Goranboy district, the Prosecutor General’s Office told AzVision.az.

Today, at about 6 am, as a result of a shell hit on the territory of the Ashaghi Aghjaked settlement, large damage was caused to the administrative building of the Khojaly District Police Department, numerous civil infrastructure facilities and residential buildings in the settlement, and a school in the village of Garachinar.

Prosecutor's office employees are carrying out the necessary investigative measures. The public will be additionally informed about the results.