12 Days that have changed history – ANALYSIS 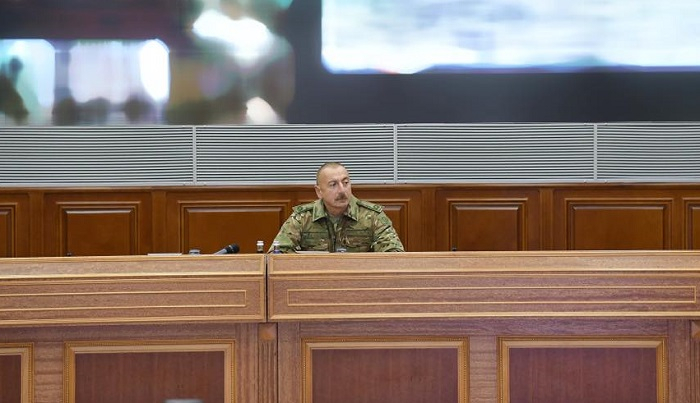 Only 12 days were enough to create a new reality in the South Caucasus. Only 12 days were enough to write Azerbaijan’s new brilliant history. In just 12 days, the Azerbaijani Army has completely changed the status quo, which existed until September 27, 2020. The war is still going on, but the further phase of the fighting is a matter of technique and time. The essence phase of the war is over; the fate of both the war and Karabakh has already been decided.

Every process has turning and breaking points. Once these points are passed over, it is clear to all parties what will further happen, and it can be easily predicted. Those points have already been reached in the Karabakh war.

The Armenians were used to present themselves as “victor” and try to talk to Azerbaijan from that position. Even the 2016 April battles were not enough to change their position. However, there are realities that cannot be denied.

Any war is waged at several levels, the most important of which are the military and diplomatic levels. Azerbaijan has always ready for a war at the diplomatic level. However, the diplomatic war ended on September 27, 2020, when Azerbaijan changed the occupation-based status quo. Over the past period, Azerbaijan was not a country that could destroy Armenia in a short time. Now Azerbaijan is powerful enough, and there is a new reality which should be taken into account during negotiations.

The fighting will undoubtedly continue until the territorial integrity of Azerbaijan is seriously guaranteed. There is no doubt about it. The Supreme Commander-in-Chief has unequivocally and repeatedly expressed this position since the beginning of the fighting for the liberation of our lands. We should not and will not hesitate in that position! However, we are not waging war for the sake of war. Azerbaijan has set itself political goals, not military ones. If there is an effective mechanism to ensure the restoration of our territorial integrity, then the hostilities can be ceased.

After 12-day fighting, we have already reached our goal. Now, Armenia has no choice but to agree to the talks upon the conditions put forward by Azerbaijan on the basis of international law. This country is on the verge of capitulation. Regardless of what the Armenian propaganda claims, they have already run out of resources to wage war in all directions. They just have to admit defeat. It will happen soon.

From now on, the fighting, both at the military and diplomatic levels, will be nothing more than a formalization of the already resolved issue. The fate of the conflict is apparent to everyone: Azerbaijan is a winner! It needs only to document the victory. This means that we, as a state and a nation, are on the threshold of the greatest moment of our history.

In recent centuries, Azerbaijan just has only lost; we could not get back what we lost. In this sense, the Karabakh Victory should be considered a turning point in our history as a whole. Azerbaijan has used its limit of loss in Karabakh. Losing it could be a terrible continuation of our series of historical defeats, and for the people, it could mean failure from the exam of existence in the face of history. But it is already clear that we have passed that exam with excellent marks!

It is the Supreme Commander-in-Chief Ilham Aliyev who reversed this historical process and managed to pass the historical exam of the state and people of Azerbaijan. Above all, the results of our 12-day Patriotic War have proved how important a strong leader is. If we can now hold our heads up, walk proudly and blamelessly before the world, this is, for sure, the service of the Leader who managed to reverse the historical process.

Supreme Commander-in-Chief managed to make history as the Leader who brought the first victory to Azerbaijan and who managed to liberate the lost territories after a long break. From now on, his place and role in the history of Azerbaijan can no longer be disputed in any way - he is the only Victorious Leader of recent centuries.

Our victory in the Karabakh War will unequivocally and decisively confirm the role of Azerbaijan as a leading state in the region. Our influence in the world will rise sharply as a state and a nation. Ilham Aliyev's place on the board of honour of world leaders as a diplomat, politician and commander has already been secured.