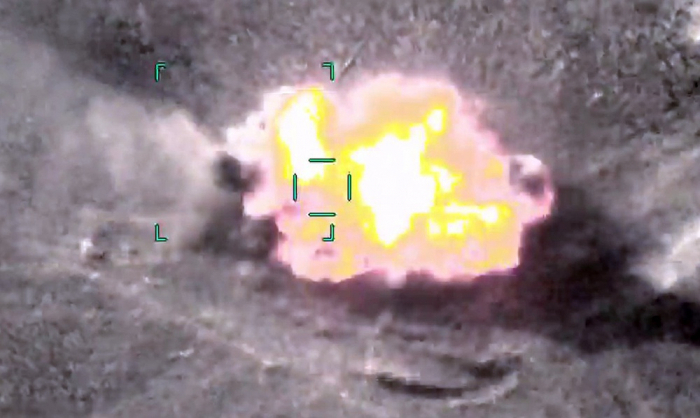 On October 10, the Azerbaijani Army destroyed another military equipment of the Armenian Armed Forces, the Ministry of Defense of Azerbaijan reported.