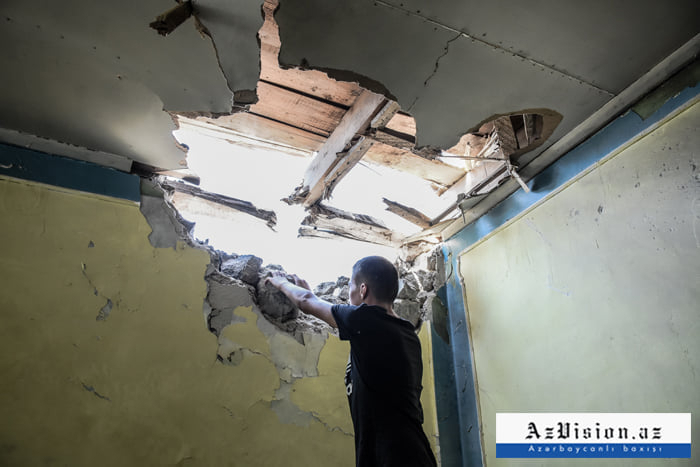 The military-political leadership of Armenia continues terrorist acts against civilian population in gross violation of the requirements of the humanitarian ceasefire declared on October 10th, 2020 at 12:00, including the basic norms and principles of the Geneva Conventions of 1949, the Prosecutor General's Office of Azerbaijan told AzVision.az.

Heavy artillery shelling of Chamanli and Zangishali villages of Aghdam District by Armenian armed forces today at about 19:00 resulted in killing Huseynov Gunduz Taryel, born in 1974, a resident of Chamanli village.

Upon the fact a criminal case was launched by Aghdam Prosecutor's Office under Article 100.2 (conducting aggressive warfare), Article 116 (infringement of international humanitarian law during armed conflict), Article 120.2.1 (deliberate murder committed by criminal community (organization)) and other articles of the Criminal Code.

Given the present conditions the prosecution authorities are carrying out all possible investigative measures. The public will be further updated about the outcomes.