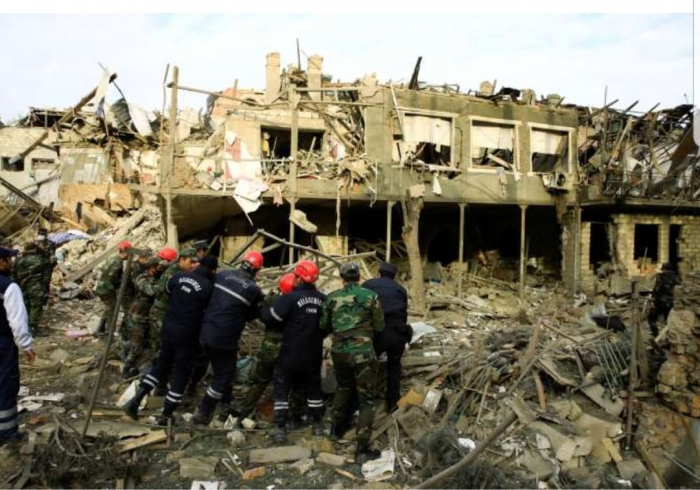 The article cited Azerbaijan’s official bodies as saying that despite the announcement of a humanitarian ceasefire in Nagorno-Karabakh, on the night of October 11, the Armenian armed forces shelled the city of Ganja, killing 7 civilians, AzVision.az reports. 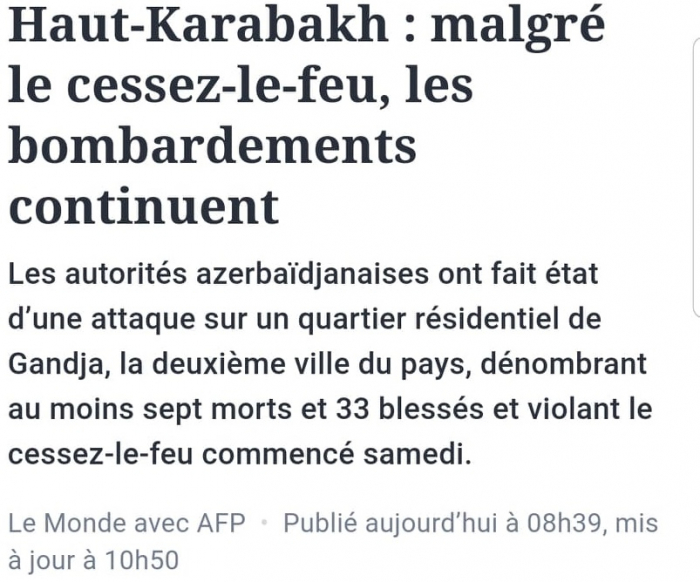 The article also noted that the “defense ministry” of the separatist regime in Nagorno-Karabakh denied shelling Ganja.