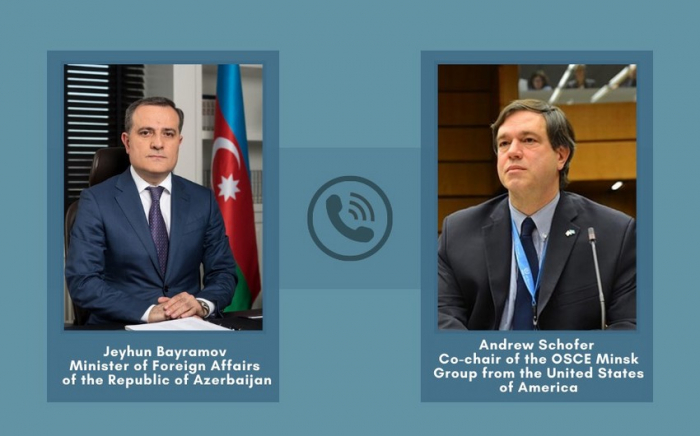 On October 11, 2020, on the initiative of the Azerbaijani side, a telephone conversation took place between Foreign Minister Jeyhun Bayramov and OSCE Minsk Group co-chair of the US Andrew Schofer, the Foreign Ministry told AzVision.az.

Minister Bayramov informed the other side on Armenia’s deliberate shelling the Azerbaijani civilians and civilian objects even after the humanitarian ceasefire was reached.

Schofer noted that it is deeply concerning to observe the continuation of the tensions in the region even after a humanitarian ceasefire was reached, and stressed the importance of political dialogue in resolving the issue.