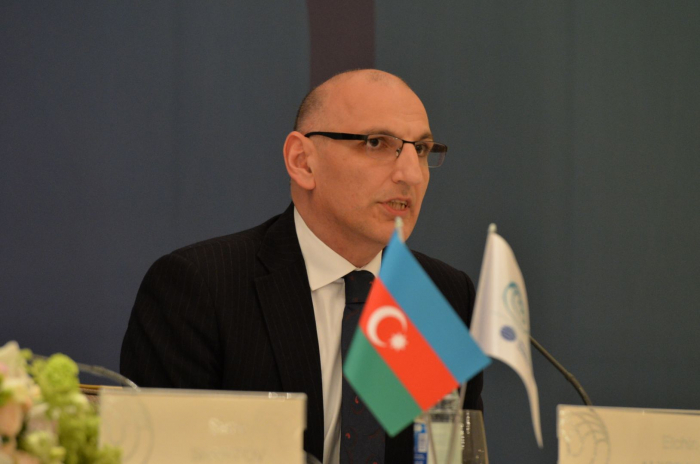 Armenia spreads baseless rumours claiming that Turkey and Azerbaijan were recruiting mercenaries and jihadists from the Middle East, Assistant to the First Vice-President of Azerbaijan Elchin Amirbayov said in his interview with Al-Arabiya television.

Assistant to the First VP stressed that double standards have been re-applied to Azerbaijan noting that Armenia attracted thousands of terrorists from the PKK and the Kurdish Patriotic Union, as well as mercenaries and militants of Armenian origin from a number of European countries, the United States and the Middle East.

"None of the parties accusing Azerbaijan has provided at least some evidence to support the allegations above-mentioned, just as they did not have the courage to apologize for the blatant lies," Elchin Amirbayov stated.

Amirbayov also highlighted that official Baku attended a meeting in Moscow, Russia and issued a joint statement regarding ceasefire demonstrating goodwill and support for the peaceful settlement of the Armenia-Azerbaijan Nagorno-Karabakh conflict.

"Armenia has once again demonstrated its unwillingness to return to the negotiations process and stop its military aggression against Azerbaijan. Moreover, Armenia committed another crime against humanity and another act of genocide against the Azerbaijani people by treacherously targeting the civilian population of Ganja from its territory at night on October 11. The use of the Elbrus (SKAD) cruise missile against the civilian population is a war crime under the Fourth Geneva Convention of 1949, and all responsibility lies with the Armenian leadership," Amirbayov emphasized.

“Pashinyan was added to the "waiting list" of Armenian leaders in the International War Crimes Tribunal. And sooner or later, like his predecessors, he will be brought to justice and will be held accountable for his ugly crimes," he added.