"Armenian Diaspora is used as a loudspeaker" - Yuri Bocharov 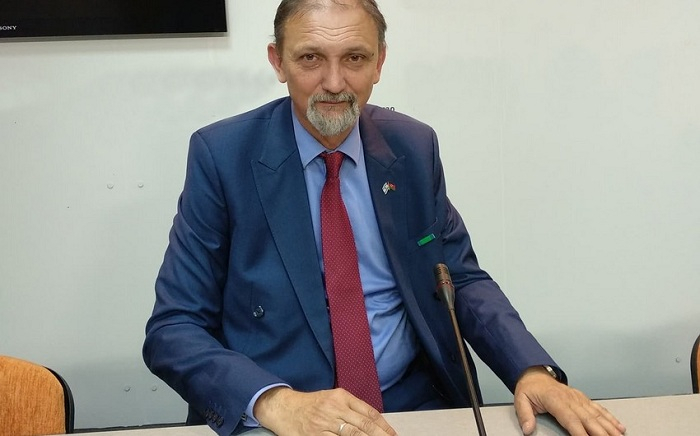 "Regardless of where and with whom, Nazi propaganda and its supporters, probably is an excuse to unite local nationalists who are ready to fight for a "Greater Armenia" holding a weapon in their hands", Israeli political expert Yuri Bocharov told AzVision.az.

He also noted that because of the influence of the rich members of the Armenian diaspora, especially who live in economically developed countries, for example, Kim Kardashian may be highlighted more by the local media.

"It is easy to be patriotic in foreign countries, to talk about 'Muslim aggression' and to demand activism from the West without taking any risk. Therefore, special attention should not be paid to the Armenian Diaspora in some countries around the world as a driving force in the promotion of the anti-Azerbaijani theme. Usually, the interested sides in maintaining instability in the region, use Armenian diaspora as a loudspeaker to conceal their true goals and aggravate the situation around Nagorno-Karabakh."

Azerbaijan's victory on the battlefield will be an excuse for Pashinyan to turn away from Russia, which does not support it, and turn to the West, as well as to the NATO bloc. Finally, he will be able to meet the demands of those who brought him to power.

"So, today the issue is different. Will Russia allow Pashinyan to turn away him? What steps will he take to protect his interests in the region? How will respond to Azerbaijan's complete liberation of its lands from Armenian aggressors? These are important issues."