Appeal made to international organizations regarding the mercenaries brought to Armenia 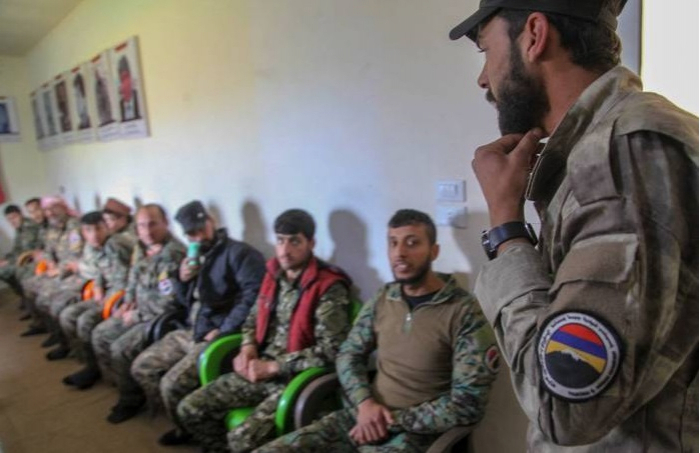 The NGOs of Azerbaijan sent an appeal to President of the UN Human Rights Council, President of the International Committee of the Red Cross, Head of the International Committee  of the Red Cross Delegation in Azerbaijan, Office of the United Nations High Commissioner for Human Rights Chairperson of the Working Group on the use of mercenaries  as a means of violating human rights and impeding the exercise  of the right of peoples to self-determination and UN Special Rapporteur on the promotion  and protection of human rights while countering terrorism regarding the facts of bringing the mercenaries to the occupied territories of Azerbaijan by Armenia.

With deep concern we do emphasize that the Prosecutor General's Office of the Republic of Azerbaijan has recently established the fact that members of various terrorist organizations, including foreign nationals, were brought to the occupied territories of Azerbaijan as mercenaries and used against our country by Armenia.

Thus, a large number of mercenaries from Syria, Lebanon, the United States, Canada, Greece and France were identified among the fighters neutralized during the military operations, and evidence was found that they were brought to the conflict zone by Armenia.

In addition, there is substantial information that the PKK terrorist organization has established military bases in the occupied lands of Azerbaijan and fought against Azerbaijan at the initiative of Armenia.

As we know, the “mercenary” term is reflected in Article 47 of the Protocol Additional to the Geneva Conventions of 12 August 1949, and relating to the Protection of Victims of International Armed Conflicts (Protocol I, 1977). According to this article, a mercenary has no right to receive the status of a combatant or prisoner of war. It means that the participation of mercenaries in the military conflict is contrary to international humanitarian law.

Being the main legal tool in the fight against mercenarism, the International Convention Against the Recruitment, Use, Financing and Training of Mercenaries, adopted at the 44th session of the UN General Assembly by Resolution 44/34 on 4 December 1989, criminalizes the recruitment, financing, use and training of mercenaries.

Apparently, mercenaries are recognized as criminals under international law and must be brought to justice as international criminals. Universal jurisdiction regarding mercenarism has been established in accordance with the principle of "aut dedere aut judiciare" (“either extradite or prosecute”).

Armenia is once again grossly violating the norms of international law by actively involving mercenaries against Azerbaijan.

As NGOs of Azerbaijan, we appeal to you calling to strongly condemn the violation of the norms and principles of international humanitarian law by Armenia, which involves the mercenaries into the conflict, and take appropriate steps to prevent further such cases.