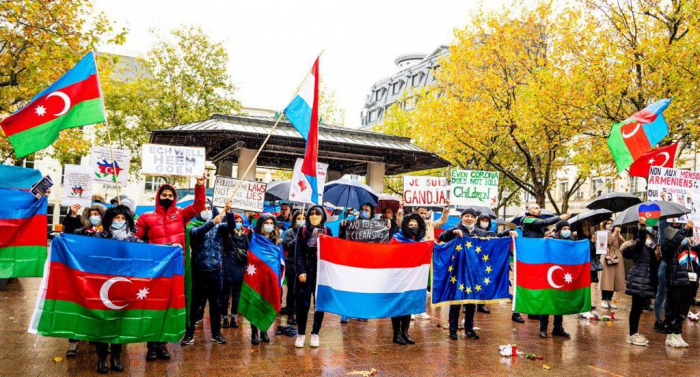 Azerbaijanis living in Luxembourg held a protest rally in Place d'Armes", AzVision.az reports citing the State Committee for Work with the Diaspora.

The protesters condemned the acts of vandalism committed by the occupying Armenian army in Ganja and firing on the civilian settlements resulted in the death of civilians, including minors and women, and the destruction of civilian facilities.

It was also noted that the heavy artillery shelling of the Azerbaijani cities of Ganja and Mingachevir, Tartar, Goranboy, Barda, Yevlakh, Agdam and other regions is a continuation of Armenia's aggressive policy against Azerbaijan.