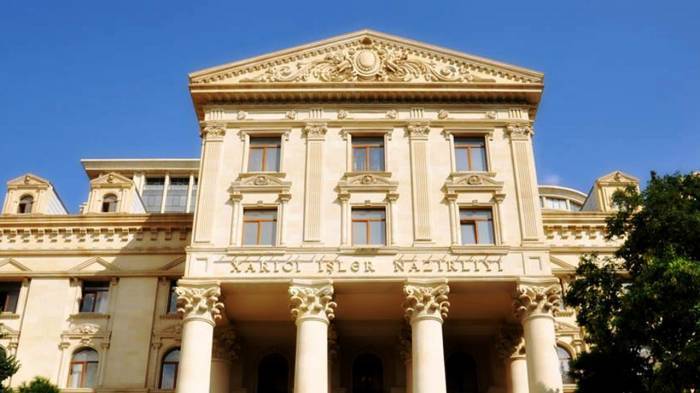 On 28 October 2020, the armed forces of Armenia hit the city of Barda of Azerbaijan with a "Smerch" multiple rocket launcher system causing serious civilian causalities.

As a result of the treacherous missile attack on the city of Barda 21 civilians, including children were killed and more than 70 people seriously injured, the Azerbaijani Foreign Ministry said in a statement.

The ministry noted that targeting yet another time the residential area in the city situated far away from the conflict zone, which has no signs of military targets exposes once again the terrorist nature of Armenia.

It stressed that the deliberate killing of a peaceful population in the city of Barda by the armed forces of Armenia constitutes an act of genocide, a war crime, and a crime against humanity.

“It is a flagrant violation of international humanitarian law by Armenia and the leadership of Armenia, including the Prime Minister and Minister of Defence of the country bear full responsibility for this crime,” the statement said.

“By attacking the Azerbaijani residential areas and civilians during the formally declared humanitarian ceasefire and on the eve of the Geneva meeting of the Foreign Ministers of both states with the OSCE Minsk Group co-chairs, Armenia obviously aims to undermine the negotiations, increase the tensions and involve the third states to the conflict.”

“Remaining silent about the barbaric acts of Armenia and impunity for these crimes against the Azerbaijani peaceful population equals inciting perpetrators for further atrocities. The international community should take necessary steps to stop Armenia from violating international law, purposefully killing the civilians, and demand to withdraw its armed forces from the occupied territories of Azerbaijan,” read the statement.

The ministry vowed that Azerbaijan will do its utmost that those responsible for these inhuman acts do not escape justice and are held accountable.