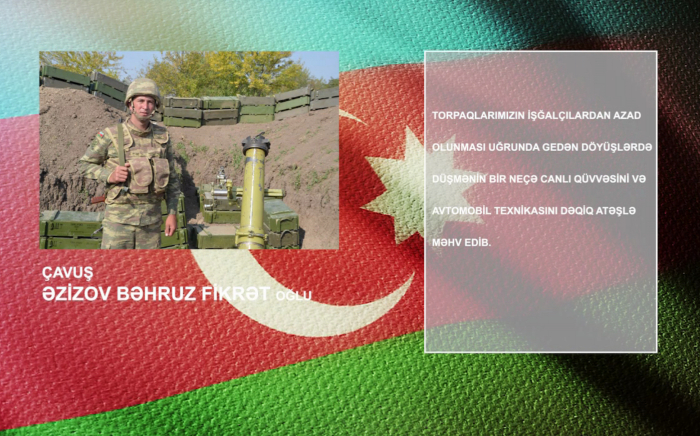 Azerbaijan's sergeant of military service Bahruz Azizov destroyed several Armenian military forces and vehicles in the battles for the liberation of Azerbaijani lands from the Armenian occupation,AzVision.az reports citing the Ministry of Defense of Azerbaijan.