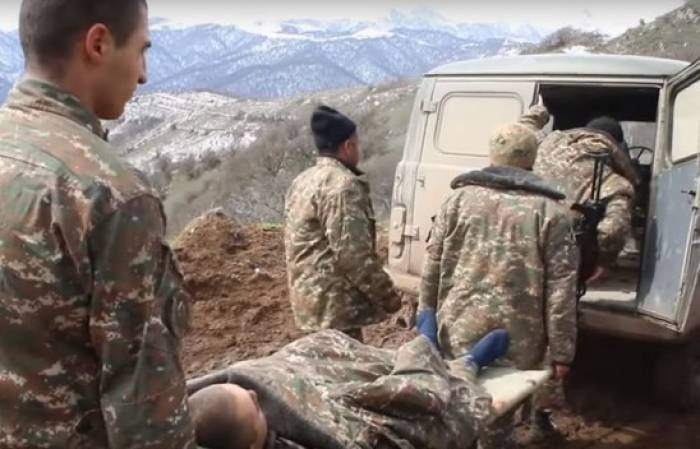 The Armenian media has raised the issue of concealment of loss statistics in Karabakh. Since this issue has become relevant in Armenia in recent days, Armeanian newspaper Hraparak investigated why the number of people killed in the clashes was not disclosed.

The newspaper writes: “After four days of silence, the Defence Ministry announced the names of 11 more military personnel who died yesterday in the clashes. However, before this information, we sent a request to the ministry to to know the casuaalties of Armenian Army in the last four days. What is the reason for not reporting losses in four days? Defense Ministry spokeswoman Shushan Stepanyan said there was a "problem with identification."

According to the Armenian media, there are more unknown bodies: “The issue is that there are active discussions on social media not to provide daily information about the dead soldiers so as not to generate despair among Armenians. The names of 1,172 military deaths have been officially announced. There are still unknown bodies and work is being done to identify them. "

Note Armenian officials have not revelaed any death toll in recent days. This situation did not escape the attention of the Armenian media and they directed sarcastic questions to Shushan Stepanyan such as "Has the Armenian side had any losses in the last four days?" What is the reason for not providing loss information? "