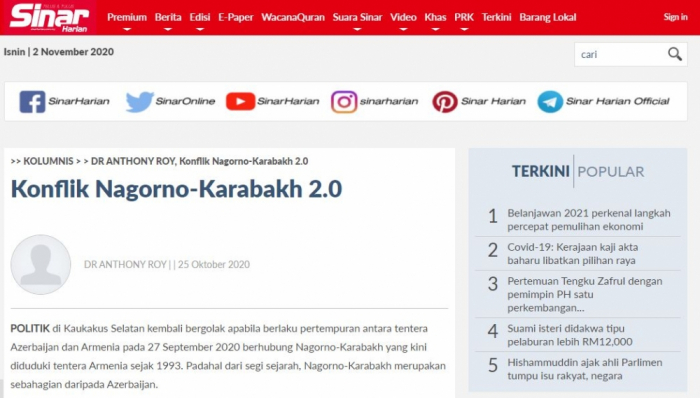 It says that despite several agreements reached since 1992 by the OSCE Minsk Group, no visible progress has been achieved. The article notes Azerbaijan`s commitment to the Minsk Group negotiation process, saying Armenia, on the contrary, has been uninterested in the conflict settlement.

Dr. Rogers emphasizes that the Armenian armed forces are targeting the civilian population of Azerbaijan, saying many civilians were killed in missile attacks on Ganja and other cities far from the conflict zone.