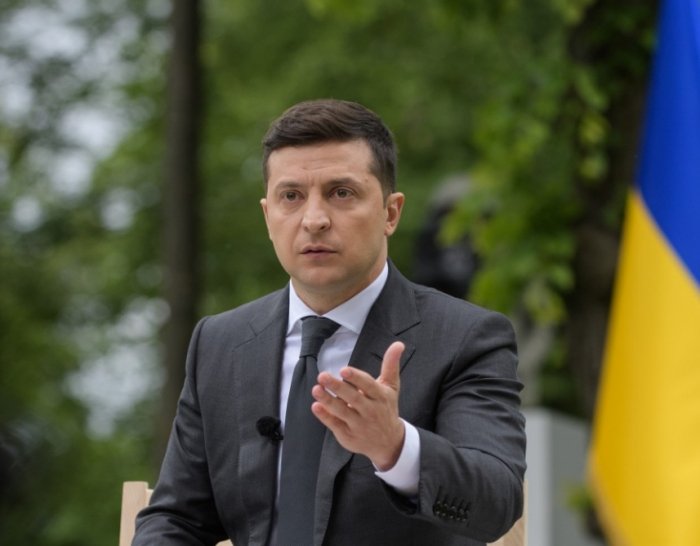 Ukrainian President Vladimir Zelensky asked not to spread fake news while commenting on film director Sarik Andreasyan's accusations who claim that Ukraine is allegedly providing military assistance to Azerbaijan for military operations in the Nagorno-Karabakh region at the Telegram channel, AzVision.az reports.

“This is not the first time we see people spreading such groundless rumors. Firstly, such lies were told about Ukraine and the war in the Donbas. Then the same lies were appeared during the war in Ukraine and Syria. Now there is entirely baseless claim about the military operations in the Nagorno-Karabakh region. The same people make this fake news and spread it”, Zelensky highlighted.

Zelensky furiously stated Ukraine had never been in favor of escalating the conflict: “Where have you been when Ukraine suffered from war which killed our children? What did you personally say against the aggression when dozens of Ukrainian citizens of Armenian descent got killed ? Nothing? I understand. Because it was not your war! Today you are scared, because this horror has knocked your door, too.”