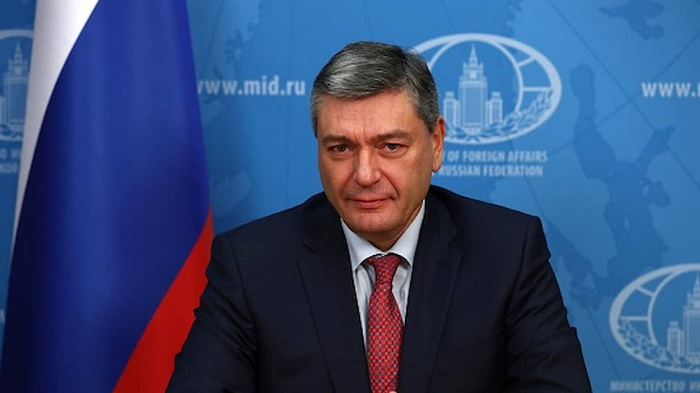 Currently, there are certain developments in the settlement of the Nagorno-Karabakh conflict under the co-chairmanship of the OSCE Minsk Group, said Deputy Minister of Foreign Affairs of the Russian Federation Andrey Rudenko.

He underlined that Moscow supports the political settlement in Karabakh.

"It is early to speak of meeting between Azerbaijani and Armenian leaders. We hold negotiations at the level of experts. It is too early to talk about anything else within the Minsk Group, " Rudenko added.

Moscow prefers not to make speculations regarding the settlement in Karabakh.