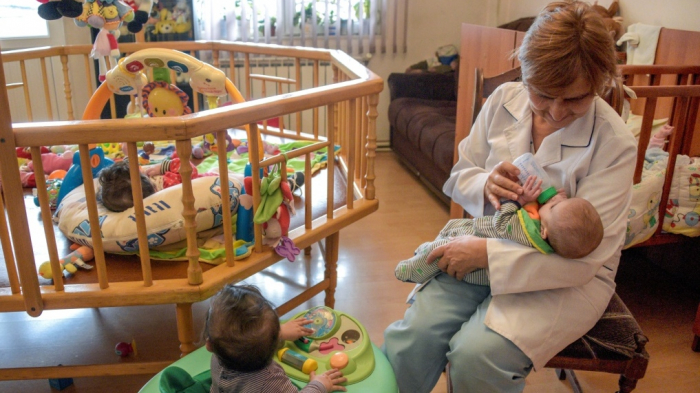 Armenia issues birth certificates for the newborns whose fathers serve on the frontline voluntarily and takes children and mothers hostage in hospitals, Armenian lawyer Robert Hayrapetyan posted on his social media account.

"Those who talk about patriotism every minute, you do nothing but hypocrisy against our weak people. One day after the birth of their children, how you can tell a person that you will issue the birth certificate only if the father voluntarily serve on the frontline and brings a document confirming this. Are you taking babies and mothers hostage, or have you negotiated with them? Are you insane?”, Robert Hayrapetyan said in his post.

Note that, the military personnel in the Armenian army which was defeated in the battles against Azerbaijan, is fleeing and chaos is growing day by day. In Armenia, women, old people and children are forced to take part in the military operations in the Nagorno-Karabakh region, and they severely punish those who evade military service.