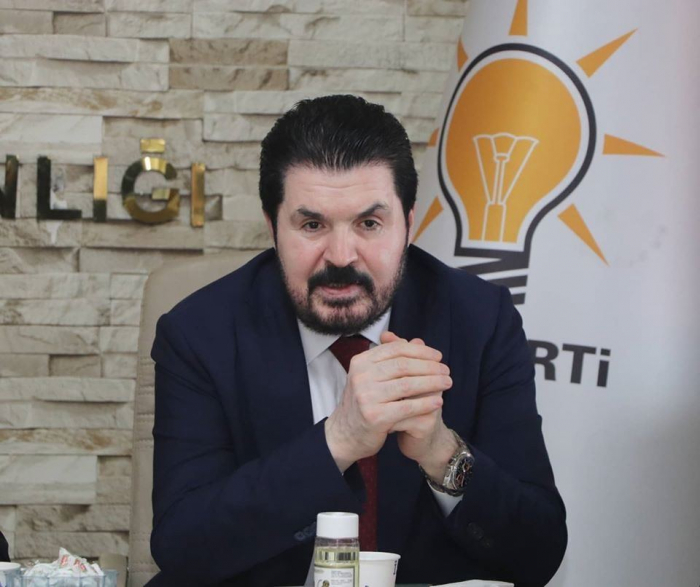 On November 10, on the remembrance day of the founder of the Turkish Republic Mustafa Kemal Ataturk, every Armenian looking at Agri mountain from the window of his/her house will see the flags of Azerbaijan and Turkey, Savcı Sayan, the mayor of Turkey's eastern Ağrı, told Trend.

The mayor noted that GemiKaya Holding operating in Nakhchivan and a businessman from Agri province are among the supporters of the project:

"As you know, this is a big project and work is underway to complete it. International specialists have been invited to implement the project.

Speaking about the idea, Sayan added that they thought about how they could support their Azerbaijani brothers during the war in Karabakh, and decided to implement such a project:

"Armenia also had land claims to Turkey, but these desires stick in their gizzard. My grandfathers also fought against Armenian gangs. We are familiar with the Armenian character."

Sayan also added that all the Turkish people love their Azerbaijani brothers and fully support them. "On behalf of Turkey, Agri province and myself, I greet the brotherly people of Azerbaijan. We are always with our brothers because they are right. " The mayor added that at a time when Karabakh and surrounding areas have been under occupation for many years, it was impossible for our Turkish brothers to sit quietly and comfortably: "If Karabakh is lost, we will die, Karabakh, Azerbaijan is our soul. We are one nation, two states. This has always been and will continue to be so. " He noted that Azerbaijan's victories on the battlefield are proud: "Here we celebrate the news about the liberated areas. Thanks God, Azerbaijan will completely liberate its lands from occupation. Because Azerbaijan is just and the whole world knows about it"