"I don’t see any sense meeting with him"- President Aliyev 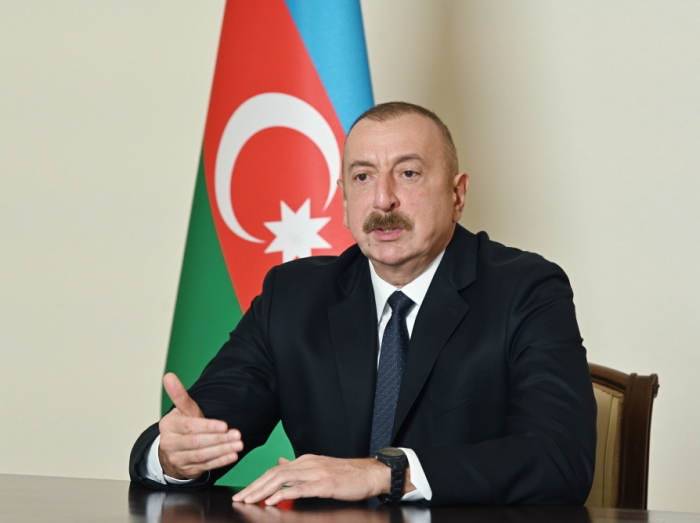 Nothing is left, there is no other option. We don’t want to continue military operations. I said many times and can repeat today, if Armenian prime minister, personally him, the person who is responsible for this bloodshed makes such a statement, we are ready to stop immediately. I am a person who keeps his words, and we will do it. But he doesn’t say," President Ilham Aliyev said in his interview to the Spanish EFE news agency.

Answering the question, "Are you willing to sit down at this point with Mr. Pashinyan or is there no point in it?" President Aliyev said:

"No point in that at all. I had many meetings with him during the last two years. But all of them were absolutely useless and senseless. Except the first meetings where he promised me that if Azerbaijan gives him a time after the so-called revolution, he will make his homework, he will strengthen his position politically in Armenia. Then, he will be willing to work constructively in order to implement the basic principles. That was what he told me in the early months of his leadership in Armenia. But after a year, he said completely different things. He said that there will be no centimeter of land to be returned to Azerbaijan. He said “Karabakh is Armenia”. He said that Azerbaijan has to negotiate with the so-called “authorities of this quasi entity Nagorno-Karabakh”. So, he did everything to destroy negotiation process. Therefore, at this point, I don’t see any sense meeting with him. Our foreign ministers met recently in Geneva. And I think, this is the proper format now for the communications."