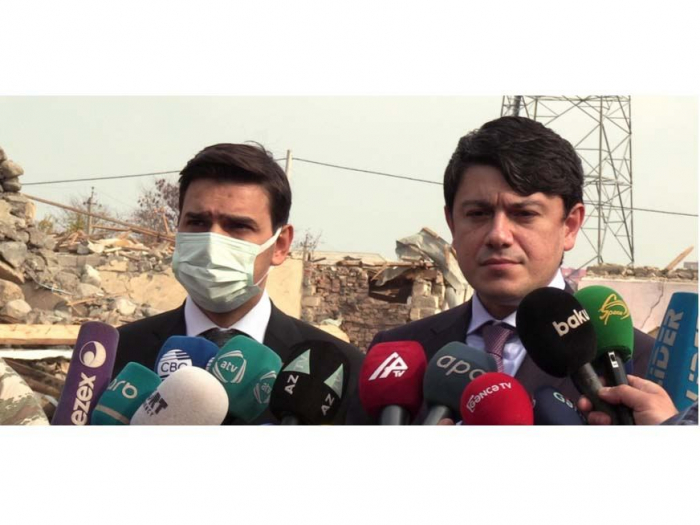 Representatives of Azerbaijani State Committee for Work with Diaspora arrived in Ganja in connection with the military strikes inflicted on the city from the Armenian troops, chairman of the Committee Fuad Muradov said in a statement to the press.

The delegation headed by the Head of the Presidency for Turks Abroad and Related Communities Abdullah Eren, who arrived for visiting Baku, accompanied by the Chairman of the State Committee for Work with the Diaspora Fuad Muradov and deputies, visited the territories destroyed as a result of the Armenian terror in Ganja and honored the memory of the victims of the terror.

"Turkey has always been close to Azerbaijan. Turkish communities living abroad have also supported our Azerbaijani community in its rightful cause," Muradov said in a statement.

The chairman of the committee noted that the Azerbaijani and Turkish communities interact in more than 50 countries of the world.


“Today, the Armenians are especially zealous in spreading false information about our just struggle. We are fighting in the media as well. We have a joint roadmap, work in this direction continues. Today in Turkey there is not a single person who would not condemn the bombing of Ganja, Barda, Naftalan - cities in which there are no military facilities," he said.

Stating that the Azerbaijani army under the leadership of President Ilham Aliyev is liberating its lands from occupation, the chairman of the committee said that the Turkish guests also visited the families of Major General Polad Hashimov and National Hero of Azerbaijan Colonel Shukur Hamidov.

"We foresee an imminent great victory of Azerbaijan. Everyone is praying for Azerbaijan. God willing, friendly and fraternal Azerbaijan will win this war. Turkey will always be near Azerbaijan," said the Head of the Presidency for Turks Abroad and Related Communities Abdullah Eren in a statement to the press.