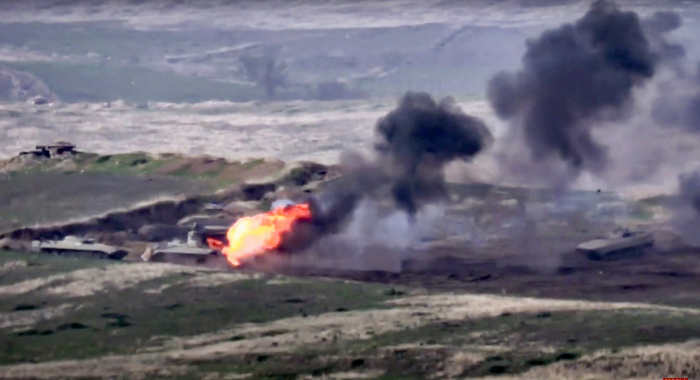 An explosion of ammunition loaded on trucks from an ammunition depot near Khankendi caused a large fire, AzVision.az reports citing the Ministry of Defense of Azerbaijan.

"The fire quickly spread to the depot, resulting in a powerful explosion. The ammunition depot used to provide the artillery and other units of the 10th mountain rifle division and the 5th mountain rifle regiment in Aghdere with weapons and ammunition", the Minsitry said.