Armenia recruits mercenaries from Abkhazia for military operations in Nagorno-Karabakh 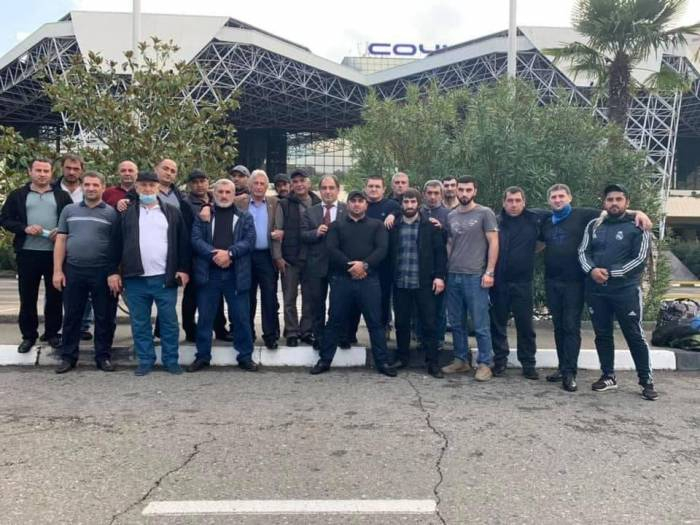 Terrorist Akhra Avidzba "Abkhaz" announced that he had gathered a group of ethnic Armenians from Abkhazia to participate in the military operations against the Azerbaijani Army in Nagorno-Karabakh region, AzVision.az reports citing Russian military commander Yuri Kots.

There is no information available about the number of Armenians going to the frontline.

Social media users noticed that the photo of “ethnic Armenians” was taken in Sochi, in the territory of Russia, which does not officially support Armenia in the Nagorno-Karabakh war. They said: “What kind of“ ethnic ”are they? These are pure mercenaries! "