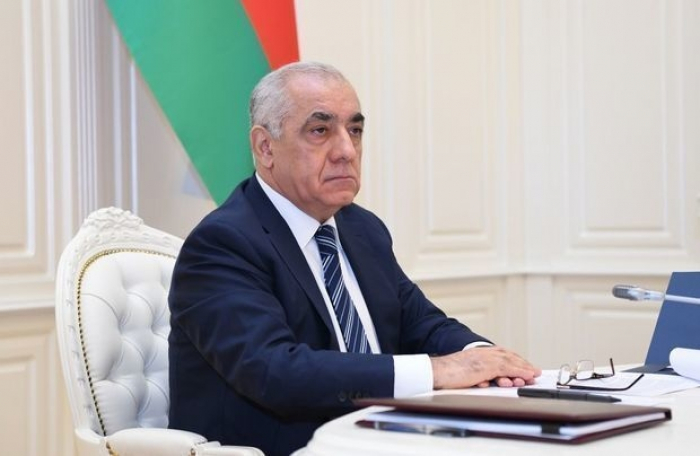 Asadov made the remark at a meeting of the Council of Heads of the governments of the CIS countries via videoconference, Azvision.az reports citing TASS.

"By shelling from its territory the Azerbaijani cities, located far from the combat zone, Armenia is trying to provoke Azerbaijan to open return fire,” Asadov said. “Thus, Yerevan intends to involve third countries in the conflict, in particular the CSTO member-states.”


“The mercenaries are brought in, weapons are also smuggled to Armenia and then to the Nagorno-Karabakh region by aircraft,” the prime minister said.

The prime minister stressed that Azerbaijan is restoring its territorial integrity, rather than fighting against the Armenian people.

"We do not claim an inch of other country’s lands," Asadov said.